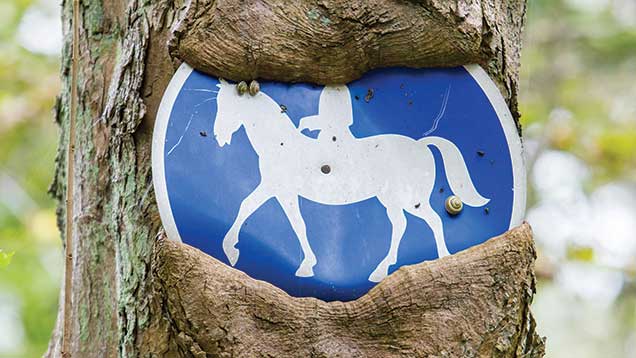 Q  I am about to purchase some farmland with possible development potential. My agent says there was a recent case where the court ordered that long-lost bridleways be reinstated even after decades of disuse. Should I worry about this?

A The case your agent is referring to is significant for landowners, potential purchasers and their advisers because there is now a risk that long-forgotten public footpaths or bridleways may be reinstated.

The case is R (Andrews) v Secretary of State for Efra, [2015] EWCA Civ 669 and its Court of Appeal judgment, which decided that an early 19th Century Act of Parliament included a power for certain people (enclosure commissioners) to create public bridleways and footpaths when making enclosure awards (legal documents recording the ownership and distribution of the lands enclosed).

But many of these rights of way created by enclosure awards may not have been recorded on the Definitive Map – the legal record of public rights of way. Some estimate there may be 500-1,000 such unrecorded rights.

This poses difficulties since many of the public footpaths or bridleways created in the 19th century may have fallen into disuse and so will be unrecognisable on the ground.

This is in contrast to new claims that a public right of way should exist because the public has been using it uninterrupted for a long time.

In this case, the landowner will often know about it or an inspection of the land will find it. In those circumstances, enquiries can be made with the seller.

Following this Court of Appeal decision there is now a risk that those interested in preserving long-lost public rights of way will be searching the archives for evidence and making applications to have them added to the Definitive Map.

After 2026, pre-1949 public bridleways/footpaths not recorded on the map will be lost forever.

In the Andrews case, two bridleways (10ft and 15ft wide, respectively) discovered in an 1841 enclosure award and crossing what is now an arable field will need to be reinstated.

While it may be possible in certain circumstances to have public rights of way diverted, this is not guaranteed and can carry a significant cost.

Potential purchasers therefore need to make the right enquiries to ascertain if the land in question is, or may be, affected by any long-lost rights of way.

It is essential therefore that appropriate questions be put to the County Council’s rights of way officer regarding public bridleways/footpaths created by enclosure awards and not appearing on the Definitive Map.

An inconclusive response may require a search of archives.