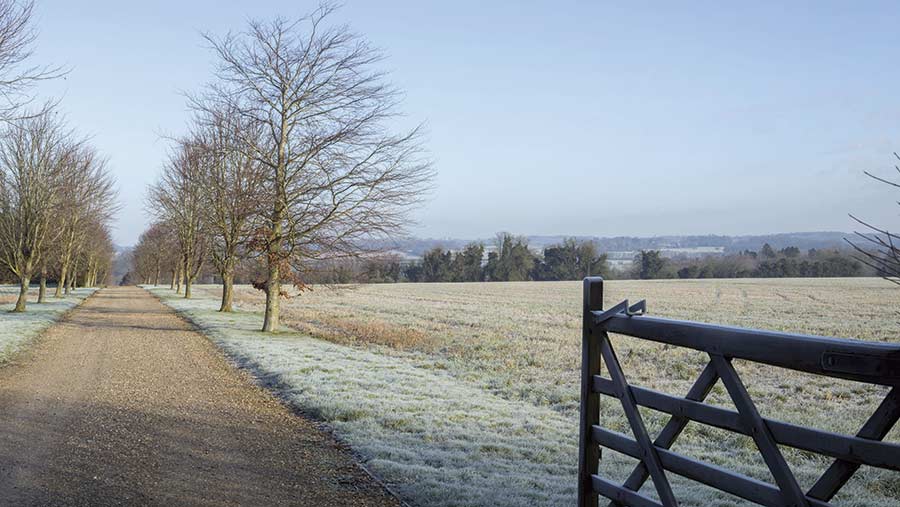 Derek Walsh, partner at Thrings offers advice on how to deal with a problem surrounding farm land roads.

I farm land through which runs an adopted road/lane which the council maintains.

The lane is used by approximately six cars a day.

Across this road are three gates which are necessary as some of the fields have no fences and are closed when livestock are grazing.

These gates have been there since prior to 1860, as shown on the tithe map and other documents.

My parents bought the farm in 1983 and there is a signed, dated and witnessed statement made by the then farm manager of the previous owners in that he remembers the gates were there in 1951.

There have never been any objections to these gates until a recent newcomer from London contacted the Highways Authority and raised the question as to their legality under section 137 of the Highways Act 1980.

See also: Neighbour has extended access through our farm – what can we do?

There are three signs – put up by the county council in 1951 – which state gates and “public highway gated road”.

I have looked for references to gated roads in the Highway Acts but can find very little about them and their right to remain in situ. Have you got any references as to where I should look?

Further, is there a set time – possibly established from case law – whereby if the road has been gated for a certain number of years then their continued existence cannot be challenged?

For example, where right is gained by the passage of time, in fact, similar to the way it is possible to gain a right of way by its continued use nec vi, nec clam, nec precario? Are you aware of any such cases?

The local highway authority has a duty to assert and protect the rights of the public to the use and enjoyment of any highway.

Generally speaking, a gate across a highway could amount to an obstruction, and an offence, although there are exceptions.

The Definitive Map is maintained by the local authority and is a legal record of public rights of way.

Alongside this is the Definitive Statement, which describes each right of way in more detail, including its position and width.

These documents can be inspected at the local highway authority’s offices.

What you are looking to see is whether the highway was originally dedicated subject to the gates in question.

If so, that limitation should be recorded on the Definitive Statement; if that is the case, it will provide conclusive evidence of such a limitation.

I note the local authority has previously erected signs that indicate it is a gated highway which, while not conclusive, would point to the highway being subject to the limitation.

If there is no Definitive Statement for that highway, or it is ambiguous, further research may be required.

This could include further witness evidence and a review of the historic documents and maps to establish the nature of the limitation, if any, on the highway.

Whether further witness evidence can be obtained is a matter of fact, but historic documents can be reviewed at the local authority’s archives or at the National Archives.

You have been referred to section 137 of the Highways Act 1980, which states “if a person, without lawful authority or excuse, in any way wilfully obstructs the free passage along the highway he is guilty of an offence and liable to a fine”.

In addition to, or instead of, a fine, the court can also order that any obstruction be removed.

The key point to note with regard to section 137 is the phrase “without lawful authority or excuse”.

If the highway was originally dedicated subject to the limitation of the gates, then they are present with lawful authority and so, assuming they meet any other relevant criteria (for example, in terms of width), they are unlikely to be considered an obstruction.

Your research into the Definitive Statement and/or questions to the highway authority should clarify the position.

You may be aware of section 147 of the Highways Act 1980, which states a local authority may authorise gates on public highways.

It is important to note that this only applies to footpaths and bridleways and is therefore not relevant here.

With regard to the second question posed, the installation of gates across a public right of way is not capable of being a right that could be acquired by prescription (for example, over a 20-year period).

In any event, even if it was possible, it is a general rule that you cannot acquire a right, by prescription, to do something that is prohibited by public statute.

As you will appreciate, this is a complex situation, and it is recommended that you seek specialist independent legal advice to assess your case.