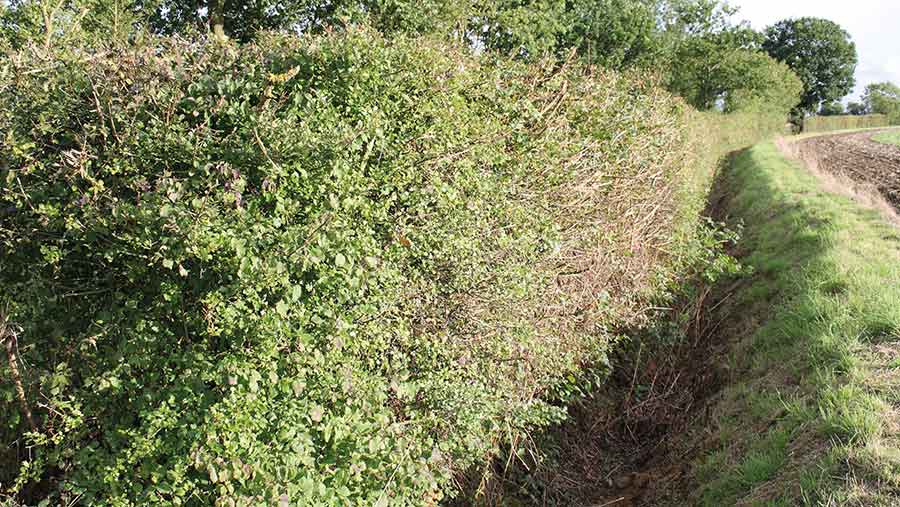 Ken Kaar, associate at law firm Thrings, advises on boundaries and the implications of livestock escaping.

Q: Are animals trespassing when they cross the centre point of a boundary hedge or any adjacent river?

If they cross these points and cause damage to the hedge bank or any fence, is the animal keeper responsible for this damage?

Regarding the “hedge and ditch presumption”, how does this affect the start and finish point of a property?

A: The answers to your first and second questions are quite straightforward. Firstly, technically speaking an animal cannot commit trespass; the owner of the animal does so by allowing it to stray.

Under Section 4 of the Animals Act 1971, livestock keepers are strictly liable for any damage caused to other people’s land by straying animals.

There are exceptions to this, for example where the landowner who suffered the damage has failed in a legal duty to fence the relevant boundary.

To work out if such a duty exists, you – or a solicitor – need to examine the two legal titles to see if there are any fencing covenants.

See also: Business Clinic: How can I get the correct holiday pay?

Your third question seems to be about legal boundaries. More specifically, it is about establishing where precisely the true legal boundary lies between two properties, or “titles”.

The “hedge and ditch presumption” is used by the courts to determine the boundary between two titles which are physically separated by a hedge and ditch.

It is actually two presumptions: one being that the ditch was dug after the boundary was drawn; the second being that a person would usually dig a ditch right up to the very edge of his own land, upon which he would tip the spoil.

That would create a mound running the length of the ditch, on top of which he would plant a hedge, resulting in both the hedge and ditch being within the same ownership.

The first thing to establish is whether the ditch was dug after the titles were separated. It is possible that a landowner would dig a ditch and plant a hedge to split one field into two, and subsequently sell one.

In this scenario, the presumption does not apply simply because the person who dug the ditch did not dig up to the edge of his land.

Obviously, establishing the origin of a hedge and ditch can be challenging as many will be hundreds of years old.

Historic deeds are very important, particularly ones which created the boundary; old maps and aerial photographs might assist.

Also, the presumption is just that: a presumption. It can be rebutted if there is evidence that it should not apply.

The only way it can be conclusively determined is by a court, or in some circumstances the Land Registry.

There will always be ambiguity and parties to a boundary dispute are strongly advised to try to agree the location rather than go to court.

Finally, when it comes to livestock and fencing, the Animals Act removes any doubt about responsibility.

The best advice – and arguably the responsible thing to do – is to secure your own livestock. If you don’t, you could be liable for any damages caused by their escape.

You may have a counter claim against a neighbour who failed to fence his land. If your neighbour has no money, you could face paying potentially significant damages if, for example, an animal causes a car accident.

If you are certain your neighbour is subject to a fencing covenant you could, in theory, not worry about ensuring the fencing of the relevant boundary, although it is risky to take that chance.

At the very least you should check the fencing regularly to ensure it is maintained; if it isn’t, you might be able to force your neighbour to take action to maintain it.

These cases can turn on their own facts and therefore it is important that you consider obtaining more detailed advice.