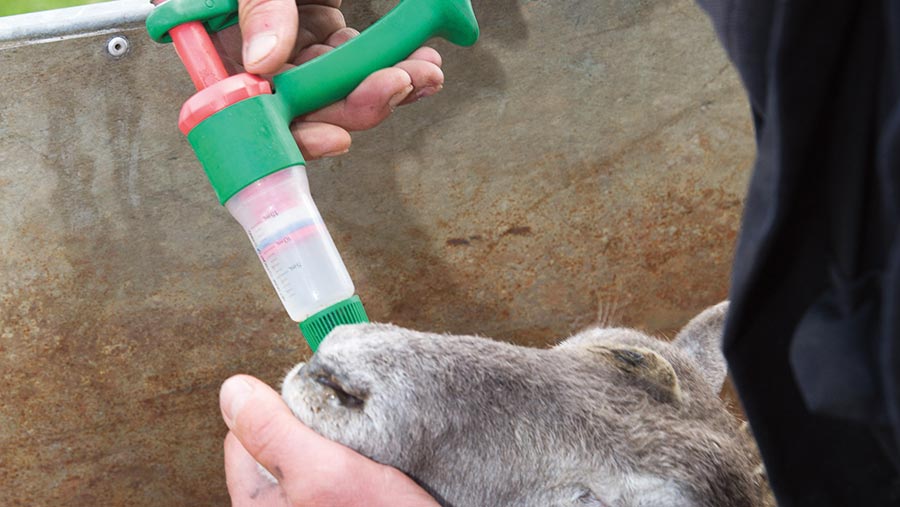 Greater disclosure on use of pesticides, herbicides and antibiotics is likely to be demanded by many consumers – providing this can be used as a benefit to promote home-produced food © Tim Scrivener

Changing consumer trends and developments in the food chain could have a big influence on the future marketplace for farm produce.

So consumers are said to be seeking greater assurances about the provenance and integrity of food and digging much deeper than they ever have before.

According to research company Mintel, many consumers around the world lack trust in regulatory systems, manufacturers and even their fellow humans.

It means they are increasingly looking for complete and total transparency from food companies and the farmers who supply them.

This can take many forms. Some consumers will be simply interested in knowing where a product was made. Others may want much more detailed information about production standards to reassure themselves about the safety and trustworthiness of food and drink.

See also: How farming can profit from healthier diet trend

Making this sort of information available will require a change in approach along the whole supply chain.

A recent report by meat company Cranswick has attempted to expand on what this might mean in practice. The report suggest that we are entering a new era of “radical transparency”.

Being able to prove where meat comes from is fast becoming a business-critical issue, says the report.

It suggests that companies will need to publicly share significant amounts of information and data on their process, products and supply chains in order to allow shoppers to make informed purchasing decisions.

This will involve showing behind the scenes real-time processes on farms and in factories.

For example, farmers are likely to be expected to provide greater disclosure on the use of any pesticides, herbicides and antibiotics that might leave traces of residue chemicals.

Consumers should be able to use QR codes on food packages to drill into details of where their food has come from and the assurance standards to which it has been produced, says the Cranswick report.

A QR code can be scanned by mobile phone to reveal information about a product. 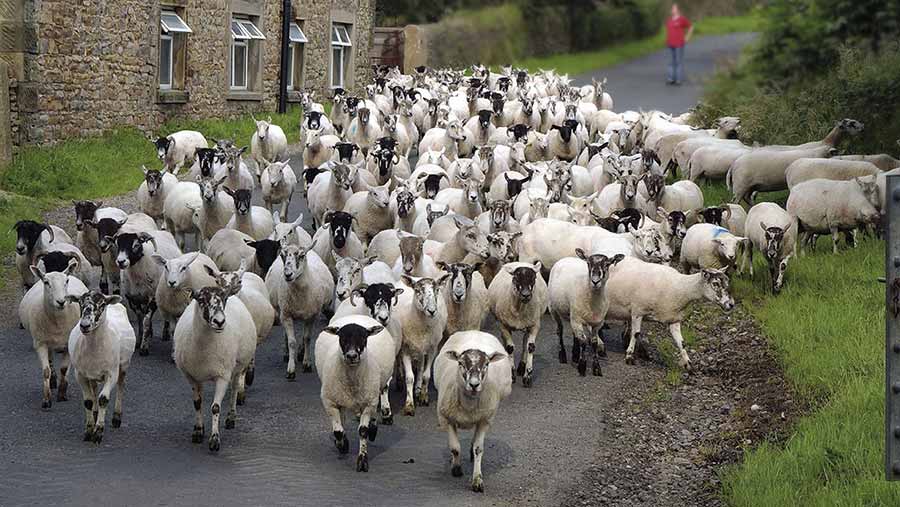 This group is working towards a new traceability system to unite online movement systems and add new production data features such as EID cattle tagging and the simplified sharing of medicine and health data.

TDUG includes Defra and the AHDB, as well as representatives from all livestock farmer groups, auctioneers and meat processors.

The ability to attach medicine records or TB data to animal movement records would improve the confidence of farmer and food chain buyers, argue its supporters. The new system would also aim to facilitate international and domestic trade, as well as supporting supply chain efficiency and farm productivity.

The day lab-grown meat or animal-free dairy products becomes a mainstream commercial reality is still a while away, but investment by companies such as Cargill, Unilever and the tech billionaire Bill Gates is hastening the development of scientifically engineered food and drinks.

Memphis Meat,s based in San Francisco in the US, is one of a number of start-ups working in this field. It focuses on producing real meat from animal cells, without the need to raise or process animals, with an aim to launch in 2021.

The company – and others working in this area – are already marketing themselves using the phrase “clean meat”.

They seek to appeal to environmentally conscious consumers worried about the effect of rearing livestock in terms of greenhouse gas emissions and water use.

They also use the term ‘clean’ to signify that their products will be created without the use of antibiotics and with a lower risk of foodborne diseases.

Another US company, Perfect Day, has set out to create cow-free dairy products using a process similar to craft brewing.

It uses yeast and fermentation techniques to make the same dairy proteins that cows make, but without the need for cows.

Arguments are already starting in the US courts about whether these products should be marketed as meat or milk if they don’t involve rearing and processing animals.

Whatever the answer, the cost of producing artificial meat is falling fast.

A briefing paper published in August by the Adam Smith Institute said just five years ago the cost of a burger made with meat grown in a lab stood at £192,000, but now the price tag has dropped to just £8.

“The world is on the cusp of an historic change,” it said. “Animal husbandry, which has for millennia been the way in which meat was produced, now faces a viable alternative.”

When Waitrose issued its list of food-based predictions for 2018, high on the list was increased demand for plant proteins.

New plant-based proteins appeal to people wanting to follow a flexitarian diet (semi-vegetarian), as well as to full-time vegetarians and vegans.

They attract people who believe that they will be reducing their environmental impact by choosing not to eat meat as regularly. But they also appeal to consumers who like the idea of following a more ‘natural’ diet because of perceived health benefits.

In May, Tesco became the first supermarket to sell a plant-based ‘steak’ which its Dutch manufacturer claims looks and tastes just like real meat.

The product is a world first and made from a combination of soya and wheat, with beetroot used to help give the product the look and feel of a real steak. The first examples sold out within a day in some stores. 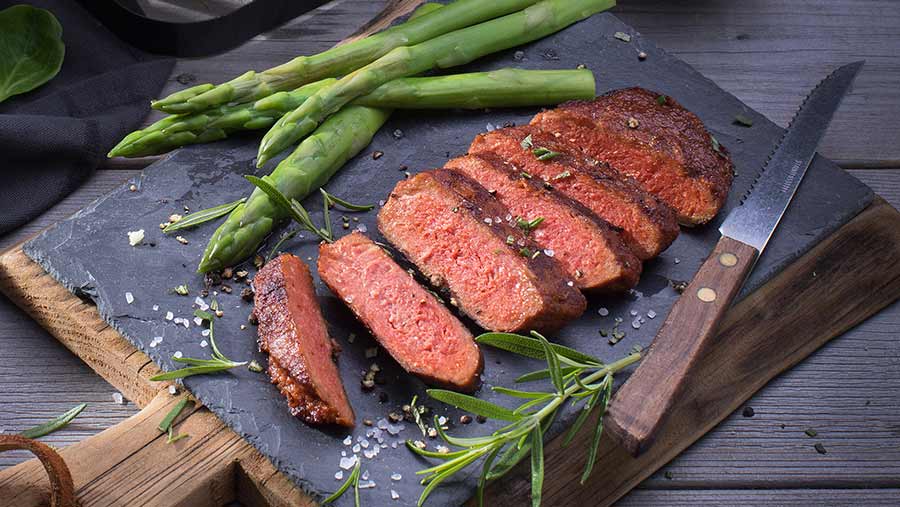 Explosive growth in plant-based foods in US

According to data from the sales research company Nielsen:

AHDB recently produced a report on the implications of increased interest in plant-based foods on the meat and dairy sectors.

It concluded increased sales of plant-based products were being driven not by vegans but by meat-eaters who were keen to try ‘something new’ and wanted to cut back on their meat consumption because of health and environmental concerns.

AHDB predicts the number of people prepared to commit to a fully vegan diet is likely to remain quite low, because despite the growth in plant-based options it remains a difficult diet to stick to permanently. “There are changes on the horizon but, as yet, British consumers, by and large, are maintaining their desire to eat meat and dairy.”

However, looking to the future, the report suggests that the industry needs to work together to build consumers’ trust and confidence in meat and dairy production.

Kantar Worldpanel analysed the dairy consumption of 16- to 24-year-olds and found that there were interesting differences to older generations.

For example, they generally tend to drink less tea and coffee at home than older people and are less likely to have a traditional sandwich at lunchtime, so they eat less butter in that way.

However, they are open to eating dairy products as they are consumers of Italian foods such as pizza and lasagne. Cheese is identified as the dairy product they would be least willing to give up.

This intelligence led to a £1.2m consumer-facing campaign, by AHDB Dairy and Dairy UK, aimed at millennials (generally defined as people born between the mid-1980s and through the 1990s) to remind them of the values of all dairy products and how they can fit into their lives.

The results have been promising. Attitudinal research conducted after the initial wave of promotional activity in February and March this year showed 8% of the target audience were less likely to cut down their dairy intake and 11% were less likely to replace dairy with alternatives compared with before the campaign.

According to AHDB, other characteristics associated with younger consumers are that they are cost-conscious and unwilling to spend a long time cooking. This means they are looking for food products that are quick and easy to prepare and cook.

How can farmers react?