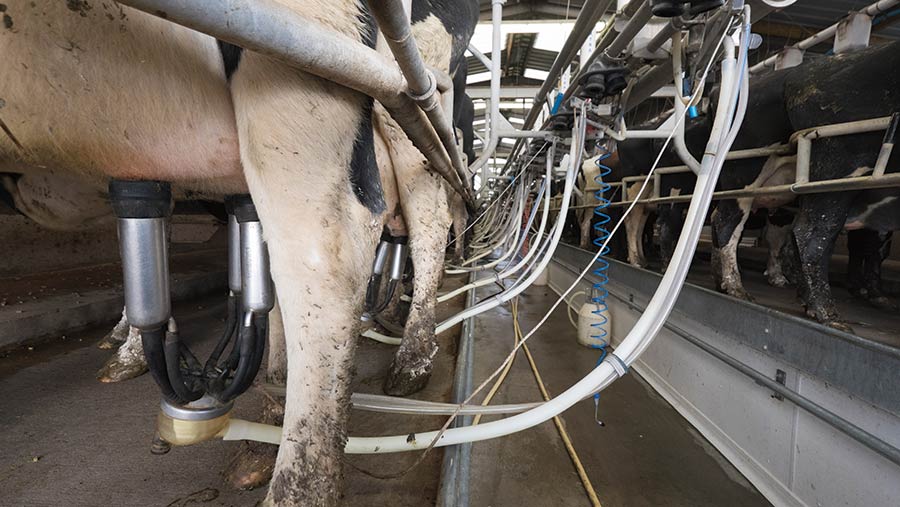 More than 80 English and Welsh milk producers left the sector in October and November, a greater number than in the whole of the preceding 12 months.

The number of producers registered with the Food Standards Agency fell by 83 to 9,203 between 1 October and 1 December. This is less than half those registered in August 2002.

November saw the largest reduction in numbers, with a fall of 46 herds to 1 December, of which 41 were in England and five in Wales.

See also: How to invest in your dairy unit and remain resilient

Since mid-2016 there has been a steady slowing in the annual rate of exit from the industry, and for most of 2018 the annual rate had slowed even further, says AHDB Dairy.

The numbers for the most recent two months bring the rate back up to that seen in mid-2016.

However, it is too early to tell whether this spike is the start of a sustained trend or the result of two consecutive difficult years during which many were still trying to recover from the 2016 dairy downturn, say advisers.

Firm cull and in-milk cow prices would have helped many make the decision, alongside the prospect of managing and financing the rest of an expensive winter.

While herd numbers have fallen, cow numbers are steady, as is production.

Figures for Scottish dairy herd numbers are due out early in 2019. The most recent of these, released in July 2018, showed herd numbers down to 902, a drop of 16 compared with January 2018.

However, cow numbers were up by about 1,000 head on a year earlier and average herd size rose to 199 cows. This compares with about 150 head for England and Wales.

Wherever herds are based, the loss of a good team member can be the final element in a decision to exit milk production, say advisers.

Scottish Dairy Hub manager Stuart Martin said there was huge difficulty in finding new staff. “I have six good farms advertising for staff on the hub and finding it difficult to recruit.”

Second rise in a row for GDT

The latest GDT online wholesale milk auction saw a rise for the second consecutive sale after a long series of reductions. The New Zealand-based auction saw its index rise by 1.7% to $2,844/t (£2,239/t), with butter, skimmed milk powder and cheddar showing the largest increases in price.

Dairy exit – what to consider