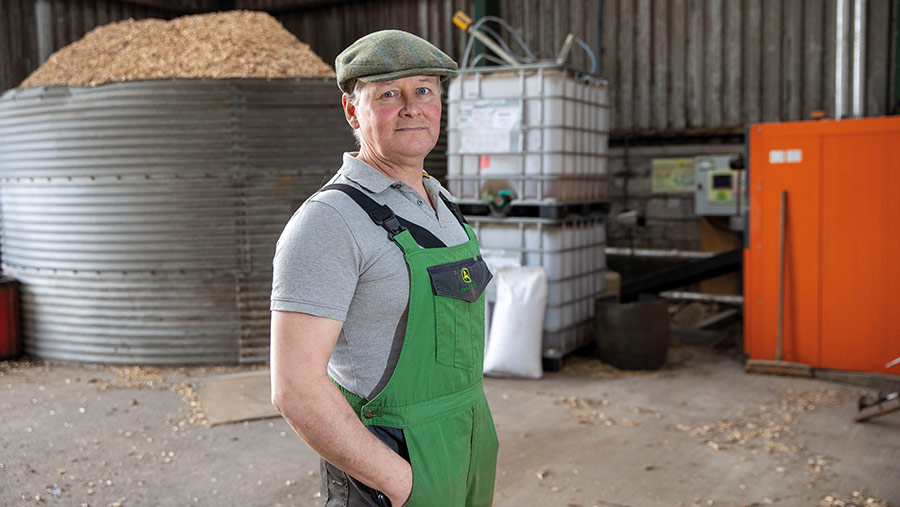 After a career in the grain trade, the Ayrshire farmer returned to 195ha Dalchomie Farm, near Maybole, a decade ago. He has since overseen  improvements on the beef and arable enterprises.

A 200kW biomass boiler supplies hot water to a high-pressure washer and heats the office and houses.

The units are fed by 600t of wood annually, bought in 12ft lengths, then dried and chipped on-farm. Some woodchip is sold to local farmers, providing another income stream.

The venture has helped to cushion the farm from rapidly increasing energy prices. Its success has prompted a plan for solar energy under a 25-year investment scheme.

Two 200kW units totalling 500 solar panels will be installed on the roofs of two new buildings, along with batteries to store 30kW of power.

These will send power to the grid at the highest price point.

The new buildings are part of the farm’s transition plans.

The silage clamp is now covered – reducing rainwater run-off that would otherwise be classed as effluent, incurring extra storage and spreading costs.

The other building is a 100-stall house for cattle under the planned beef expansion. The herd has moved from an 80 suckler cows to a rearer-finisher unit.

Cattle are bought in at eight to 10 months and the farm finishes about 350 beef animals a year. It aims to increase this to about 450. 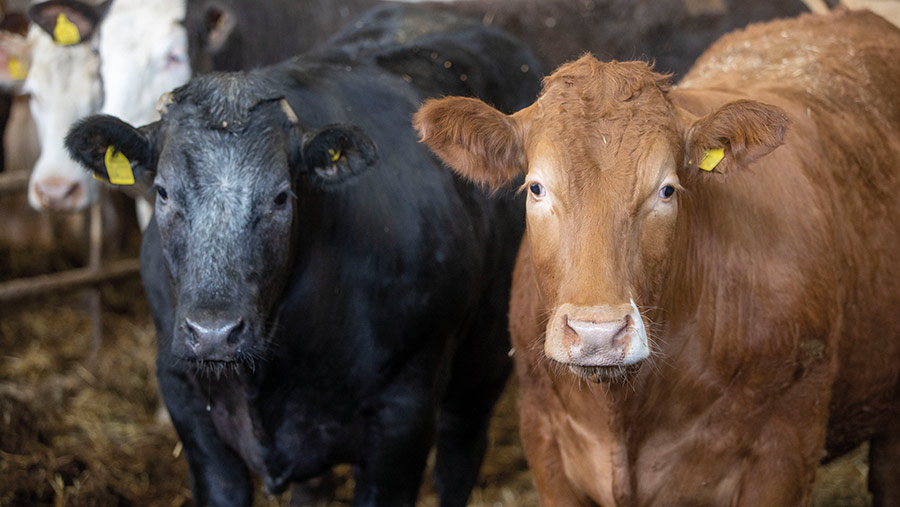 The original set-stocking policy has switched to a paddock-grazing system, with upgraded infrastructure.

Hedges, water troughs and 2km of track have been installed to provide additional capacity for the increased herd.

Switching to paddocks has improved business resilience. Nutrient and grass yield has been improved through a programme of liming, increasing the pH from 5.5 to 6.5.

“Cattle effectively fertilise ground as they rotate through the paddocks reducing our need for artificial fertiliser,” says Mr McFadzean.

Rearing growth rates of 1kg/day are achieved at grass, and during housing at grass silage. Fodder beet and wholecrop are fed through a mixer wagon to appetite.

The finishing ration is 50% wheat wholecrop and 50% hi-starch blend fed to appetite, aiming for daily growth rates of 1.2kg.

Better nutrition means finishing times have been cut from about 30 months a decade ago to just 18-20 months – saving £320 a cow in feed.

“A growing beef animal requires nutrition just to sustain it before any growth is achieved. That maintenance feed costs about 60-90p a day.”

The existing setup sees three to four tractors and a forage harvester descend on the farm two to three times a year.

Mr McFadzean has also invested in a forage wagon. In the future, silage-making will require only the forage wagon and one tractor to pull it, reducing contractor costs and cutting fuel use in half. 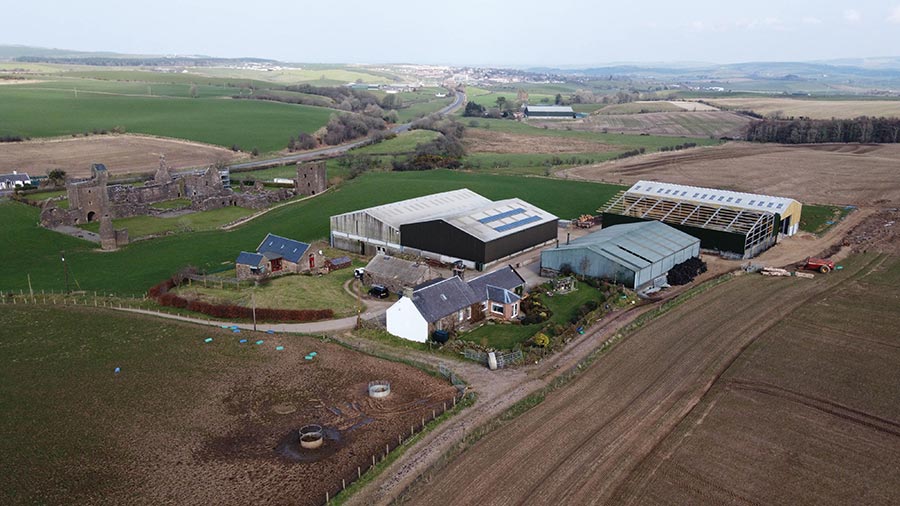 The extra cattle need a larger grazing area. About 10ha of leys will be added to the arable rotation and more protein introduced with a winter bean crop.

Putting beans and grazing into the rotation will also reduce fertiliser requirements.

Additional organic matter should improve the soil over the long-term and facilitate a move into min-till. This should cut emissions through reduced field work and by locking-up carbon in the soil.

Cover crops could also be introduced, such as field radish or stubble turnip, after wholecrop wheat in the rotation. This should further improve soil health and reduce emissions.

“Overall, the plan should protect us from input price volatility, reduce emissions and better position us in a world that will increasingly need wholesome food,” he says.

Andrew McFadzean is one of our Transition Farmers. Join him as Dalchomie Farm strives to become financially and environmentally sustainable and overcome the challenges it faces over the next five years.