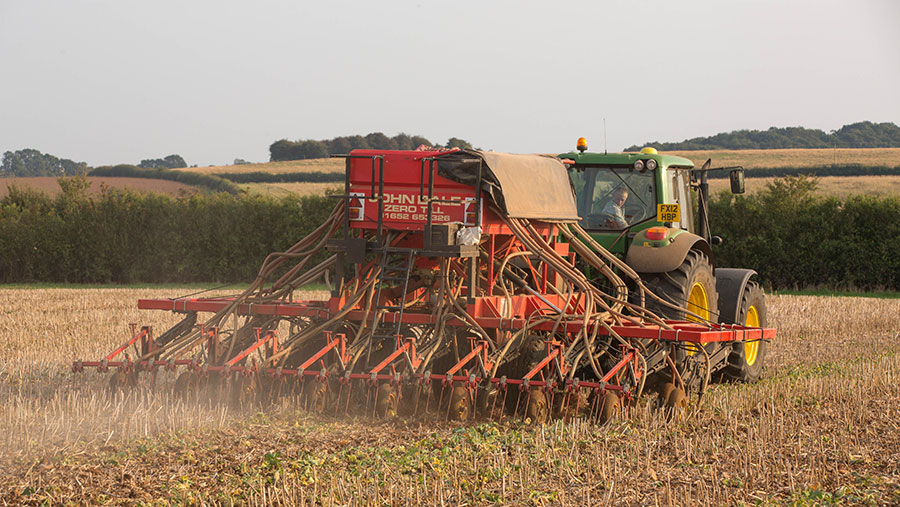 Farmers in England are being notified by Defra of the success or failure of their grant applications for the Farming Equipment and Technology Fund (FETF).

The Rural Payments Agency (RPA) started sending out letters informing farmers of their decision this week.

The FEFT is a competitive scheme that allows farmers, foresters and contractors to apply for small productivity grants to improve productivity and enhance the environment.

The scheme launched on 16 November encouraging farmers to apply for standard grant contributions from a list of 120 items of equipment. The minimum grant contribution is £2,000 and the maximum is £25,000. Round one of the scheme closed for applications on 7 January.

Wiltshire farmer David Lewis, who has a mixed farm just outside Swindon, applied for a hoe, solar battery energiser and a rotating cow cattle brush as part of a total claim of £21,553.

He planned to use the hoe as a substitute to using chemicals to control weeds on his maize fields, which are directly adjacent to the River Thames.

But he was informed by the RPA on Thursday (17 February) that his application had been unsuccessful.

Mr Lewis’s agent, Anthony Wright, director of AJW Land & Development, based in Malmesbury, Wiltshire, said the rejection was “extremely frustrating” for his client.

Mr Wright said: “Apparently, Mr Lewis was not scored highly enough, but has been given no explanation. He had been successful the previous year for a new cattle crush.

“I’m very surprised about the rejection given he farms more than 1,000 acres along the River Thames which floods his fields nearly every year.”

Mr Wright said it took three hours to complete the application for which he will invoice Mr Lewis for his time and effort. He said he was aware of other farmers having been rejected.

“If this becomes a common theme, farmers and landowners will not bother applying for these grants as they cannot plan for the future,” Mr Wright added.

Mr Lewis’s wife, Liz Webster, who is also the founder of farm lobby Save British Farming, said without the grant they were likely to continue using chemicals which is contrary to the new Agricultural Act and the government’s ambition of net zero targets, improved water and soil quality and enhanced animal welfare.

“We are supposed to be driving towards net zero and using fewer chemicals. There should be enough money for everyone to make these changes,” said Ms Webster.

“We have gone to a direct drill and we were really excited about getting a mechanical hoe. We felt we had ticked all the boxes and it came back as ‘no’. It’s very disappointing.”

The rejection letter encourages Mr Lewis to apply again for a second round of funding, which is expected to be launched later this year.

Ed Hutley, a farm consultant at Ceres Rural, who also farms in his own right in Essex, said applications by around 12 of his clients had been accepted. But he was still waiting to hear if his own had been successful.

“I was quite concerned that with so many applications, quite a few people would be disappointed. But I have had only one rejection,” he said.

“I had an application for a farmer in Kent who submitted a dozen items and has received just over £17,000 in grant funding. He is delighted.”

Lincolnshire livestock farmer Richard Tagg, based in Candlesby, also revealed on Twitter that his application for grant funding towards precision farming equipment had been successful.

Received approval this morning from @Ruralpay for our application to the farming equipment and technology fund round 1,the next step in precision farming for us becomes a little closer 1/2

“Let’s hope tech like this will soon start to earn its keep and help us to reduce inputs and increase productivity, better for the environment and our bottom line,” he tweeted.

An NFU spokesman said: “We are aware that the Farming Equipment and Technology Fund is popular with our members and there is a possibility that some farmers may be disappointed due to the fact that it is a competitive scheme.”