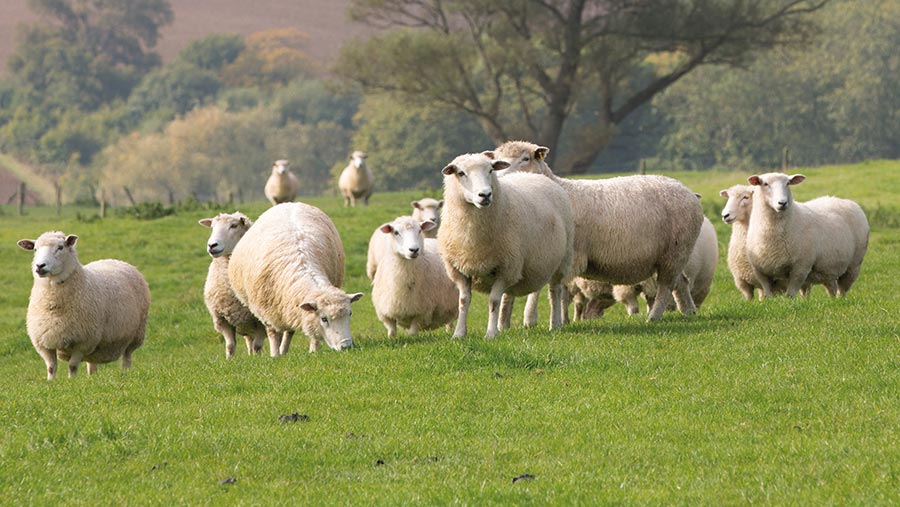 Farmers are being urged to ensure their businesses can survive without the Basic Payment Scheme (BPS), which is due to be phased out in England.

Some 36% of farm income relies on the BPS payment, according to a Farmers Weekly survey.

But one in three farmers are yet to start preparing for its withdrawal – even though the first reductions are less than six months away.

More than 700 farmers responded to the survey, which was conducted for Transition – a new Farmers Weekly initiative to help secure a more financially and environmentally sustainable future for farm businesses.

“More than three-quarters of farmers have no clear idea how they will make up the lost income,” said survey analyst Heather Macleod. “More worrying is that so many haven’t done anything about it.”

Lowland livestock farms are among those particularly reliant on the basic payment.

Rutland beef and sheep producer James MacCartney, who farms 160ha at Braunston, said he had started preparing for its withdrawal – but still had concerns.

“How we are going to survive is a real concern for smaller family farms like my own,” said Mr MacCartney.

“Our business is semi-prepared for it. But all the information we have at the moment is that any future support is going to be far lower than the amount we currently receive.”

Country Land and Business Association president Mark Bridgeman said everyone had a role to play.

The government should invest more in business advice during the transition period, he said, and advisers and membership organisations should continue to offer support too.

Mr Bridgeman said: “Farmers and land managers should begin the necessary assessment of their business in the light of changes we know are coming.”

NFU vice-president Tom Bradshaw said all farmers needed to be identifying ways their businesses could become more efficient – or where they could create alternative revenues and income streams.

“It is the biggest period of change we’ve seen for several decades,” he said. “It is crucial to look at your business and make sure it really is performing, so it is fit for the future and fit for the challenges in front of us.”

Mr Bradshaw said the NFU was continuing to ask Defra for an impact assessment of the changes on the structure of the industry. It would be irresponsible to push ahead without one, he added.

Farmers needed to consider whether they would be able to make substantial changes to their businesses, said Mr Bradshaw. Those who couldn’t would have to consider making the ultimate decision – whether to sell up and leave farming.

Defra has confirmed its intention to let farmers who want to retire take their remaining payments as a lump sum. But only 15% of respondents to the Farmers Weekly survey said they were interested in doing so.