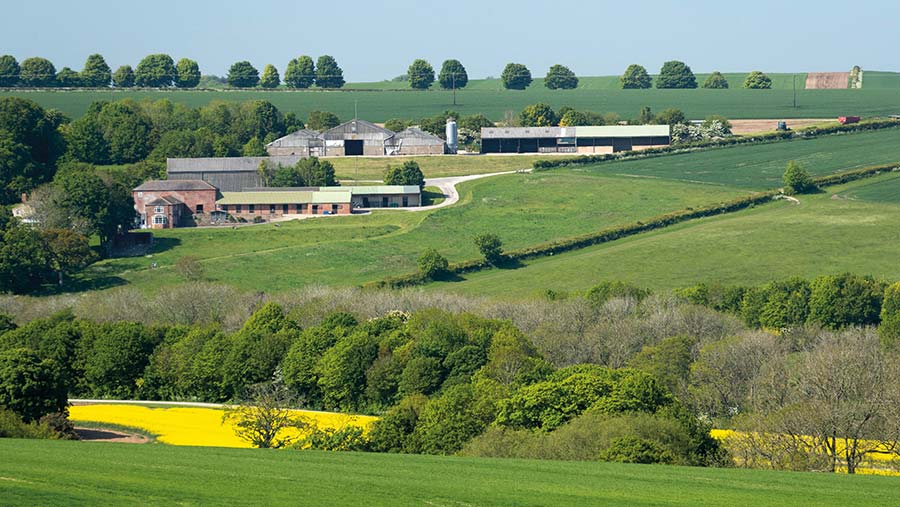 Farmers are keen to secure a more financially and environmentally sustainable future for their businesses. But many say they don’t know where to begin.

One-third of farm income comes from the annual basic payment, a Farmers Weekly survey reveals. Although many farmers would like to reduce their reliance on this revenue, they say replacing it will be difficult.

The survey was conducted for Transition – a new initiative by Farmers Weekly to help growers and livestock producers generate more income from the marketplace while farming in a way that delivers environmental benefits too.

In England, where the basic payment is being phased out, three-quarters of farmers have no idea how their business will survive without it. Some 53% said it would be difficult to replace the lost income, with a further 26% unsure if they could.

See also: How a grower is preparing for ELM as direct subsidy ends

The basic payment is being retained for the time being in Scotland, Wales and Northern Ireland. But it is clear that future support for farmers right across the UK will focus increasingly on the delivery of environmental benefits.

The Transition initiative from Farmers Weekly will show how growers and livestock producers can achieve this.

It will do so across all of our media formats – in print, online, on video, and via a new Transition Agriculture podcast – following 16 specially recruited Transition Farmers who are changing and adapting the way they farm.

Like many of our survey respondents, many of our Transition Farmers are just starting out on their journey.

One-third of farmers said they had not yet prepared for life without the basic payment. A further one-third said they had only started preparing in the past year. Fewer than one in 10 said they had enough information about farm support in future.

“Where farmers have been preparing, they were most likely to be increasing productivity, starting a new diversification or increasing their off-farm income,” said survey analyst Heather Macleod.

“It is interesting to see that some are selling off land or contracting out farm work and reducing the number of farm staff. This suggests the structure of the industry is already changing – as is the number of people working in agriculture.”

Few respondents said they collaborated with other farmers to increase productivity. Only 28% belong to a farm co-operative, with just 24% working with their farming neighbours to spread costs, such as machinery.

Rather than investing, some farmers are looking to reduce their borrowing and others are winding down their business.

Some are looking to retire – although only 15% said they were interested in a Defra scheme allowing them to take their remaining direct payments as a lump sum before quitting the industry.

Carbon represents a major opportunity for farmers to increase their income while helping the UK meet its climate change targets.

But only 14% of farmers have measured the carbon footprint of their business – seen as the vital first stage in generating additional revenue by joining a carbon certification or sequestration scheme.

Almost half of those questioned said they were considering measuring their carbon footprint – with the Farm Carbon Toolkit (37%) the most popular way of assessing their greenhouse gas emissions.

Other calculators included AgreCalc, the Cool Farm Tool and Arla Climate Check – specially developed by the milk processing co-operative to measure the carbon footprint of its dairy farmer members.

But the vast majority (96%) of farmers do yet not belong to any carbon scheme – reflecting the fledgling status of a market which is set to become an important source of income for growers and livestock producers in the years ahead.

There will be a special focus on opportunities from carbon in the next issue of Transition, due to be published by Farmers Weekly on 29 October.

More than half of all farmers have diversified their businesses – with renewable energy the most popular source of additional on-farm revenue.

The next most popular diversification is holiday accommodation (24%), including bed and breakfast enterprises. Other diversifications include offices and workspace (10%), leisure activities (7%), and farm shops, cafes and restaurants (5%).

“Smaller farms are more likely to diversify into ventures such as outside catering – probably because they don’t have the space to do something on the farm itself,” says survey analyst Heather Macleod.

The survey of 717 farmers was conducted by Macleod Research on behalf of Farmers Weekly during May and June 2021. Average farm size was 281ha. Some 74% of respondents were owner-occupiers and 18% were tenant farmers.