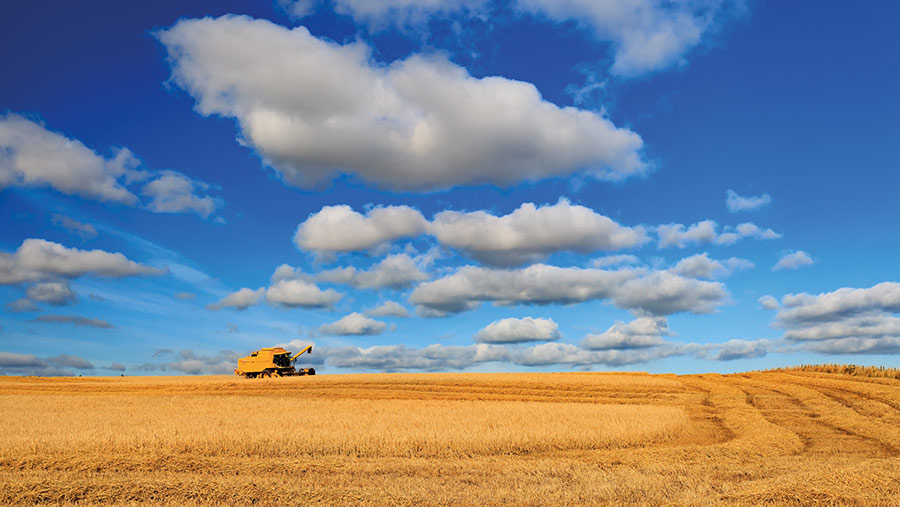 More farmers are striving to secure a sustainable future for their businesses – but say they often lack the information needed to do so.

Farmers in England are often at the forefront of these changes as they seek to replace income lost from the phase-out of the Basic Payment Scheme (BPS). But producers in Scotland, Wales and Northern Ireland are also making headway.

The findings are from the second Farmers Weekly Transition survey – an annual state-of-the-industry poll examining how UK farm businesses are adapting to the opportunities and challenges they face.

Carried out by Macleod Research during May and June 2022, the survey polled the opinions of 710 farmers across the four UK home nations. All main enterprises, tenure types and farm sizes were represented.

Many results are consistent with those of the first survey 12 months ago. Farmers as a whole continue to remain heavily reliant on the BPS payments which, on average, account for about one-third of farm incomes.

But the number of farms where the BPS accounts for 75% or more of total revenue has halved – from one farm in 10 to one in 20.

At the same time, the number of farms where the BPS accounts for less than one-quarter of revenue has grown from 35% to 42%.

Some 70% of respondents said their farm was fairly efficient, with 16% describing it as very efficient.

Cereal growers were most likely to believe their business was efficient. Only 14% said their farm was not efficient.

On sustainability, one in five respondents said they believed their farm business was unsustainable in its current form – although half said their business was sustainable and one-third voiced no opinion either way.

Four out of five farmers in England say they are concerned about replacing the lost income as the BPS is phased out. The first BPS cuts were made last December and payments will halve by 2024 before disappearing altogether by 2028.

Tenant farmers were more likely to be very concerned (64%) than owner occupiers (43%) that BPS payments are being abolished.

Only 7% of farmers said they were not concerned or not at all worried.

When considering how their business will survive without the BPS payment, seven out of eight survey respondents had “no clear idea”, with one in four admitting they would continue farming only with great difficulty.

When it comes to change, farms bigger than 500ha are more likely to feel in control of their own destiny and confident about their future after payments are withdrawn. But smaller farms are much more uncertain.

Some 71% of farmers in England say they are preparing their farm business for life after the BPS – slightly more than last year when only 65% were making plans.

But one in three smaller farms (less than 99ha) say they haven’t started preparing at all.

Almost half (47%) of farmers who are preparing said their were trying to ramp up productivity. Other preparations include starting an on-farm diversification (38%), reducing farm staff (16%) and contracting out farm work (11%).

“Respondents this year appeared more likely than last year to be exploring their options,” said survey analyst Heather Macleod. “They were more willing to try different strategies to maintain their income – but finding it demotivating when it didn’t work out.”

Of all respondents who said they were struggling, farmers said the biggest hurdles preventing them from becoming more sustainable were lack of government support (32%), high input costs (15%) and lack of available funding (8%).

Larger farms are more likely to feel they can cope with uncertainty. But they feel still they are being held back by a lack of clarity when it comes to farm policy, rising input costs and volatile commodity markets.

It was good to see that more farmers in England are preparing for the phase-out of the Basic Payment Scheme and exploring ways they might replace lost income against a background of their payments going down.

Income from the environment is becoming increasingly important as a revenue stream, including for the two-thirds of farmers in England who say that they are interested in signing up for Defra’s Sustainable Farming Incentive.

Ms Macleod said: “People are finding out more about the options open too them, which is good. But for some farmers, it sometimes seems that the more they find out about the direction of travel, the less they like it.

“There is a lot of frustration out there. One comment in particular really stood out, seeming to encapsulate the feeling among small and medium family farms about the about the predicament that they often find themselves in.

“One farmer felt he had tried every option, but each turned out to be unsuitable. Like many, he was trying to increase production while cutting costs and it just wasn’t stacking up financially. It’s farmers like that who need help the most.”

Three-quarters of UK farmers say they are unhappy with their government’s long-term vision for agriculture – and that number is growing.

Agriculture is a devolved issue across the UK, with administrations in London, Edinburgh, Cardiff and Belfast responsible for farming policy in England, Scotland, Wales and Northern Ireland, respectively.

Although farmers said they were willing to change and adapt their businesses, some 81% of all respondents said they were unhappy with their government’s policies for food and farming – up from 72% last year.

“People have more opinions – and that opinion is no,” Ms Macleod said.

Respondents across the UK believe there should be more focus on food production. One in three farmers said policymakers didn’t know what they were doing and should be increasing UK self-sufficiency in food, relying less on imports.

One respondent said: “People with little or no actual experience of farming are making life-changing decisions affecting people’s entire livelihoods. There is no concrete plan or support in place on how direct payments can be replaced.

“Total uncertainty is very upsetting and worrying. Policymakers are getting the public riled up about the carbon footprint of UK agriculture, yet they are willing to import food from other countries, which causes a far bigger carbon footprint.”

The environment offers an untapped revenue stream for many farmers who are considering additional ways to ensure their business is on a sure footing.

Most farmers say they are interested in financial rewards for providing ecosystem services – but only a minority say they are already consciously generating an income from the environment.

Respondents were most interested in being rewarded for adopting measures which provide cleaner air (73%) and water (66%), mitigate and adapt to climate change (71%), and prevent pollution (70%).

In England, eight out of 10 farmers are interested in joining the government’s fledgling Environmental Land Management scheme, especially the Sustainable Farming Incentive (66%), a result consistent with 2021.

More farmers have measured the carbon footprint of their farm – with a drop in the number of respondents who say they aren’t interested in doing so.

Some 18% of respondents said they had measured their carbon footprint, compared with just 14% last year.

A further 48% said they were considering doing so, with 34% saying they had no intention.

Dairy farmers were most likely to have measured their carbon footprint – mindful, perhaps, of the public debate about the impact of dairy and livestock production on emissions.

Most farmers have yet to sign up to a carbon scheme. Only 2% of respondents said they belonged to a carbon capture or sequestration scheme, with only 1% belonging to a carbon credit trading scheme – both unchanged from 2021.

This number is expected to grow as the market develops. Some 88% of respondents said there was not enough detail or clear information about carbon storage to make a decision about it.

Growers and livestock producers are exploring new opportunities. But any changes must be viable for their business, said survey analyst Heather Macleod. “Farmers need to know they are making the right choices,” she said.

Although farmers view themselves primarily as food producers, they are keen to consider additional income streams, as long as they fit in with their personal goals and business objectives.

“It is clear from the survey that farmers are willing to change and many are already doing so,” Ms Macleod said. “But there is a lack of information out there – especially from the government. Farmers need to know the policy framework they are operating within.

“Farmers say they are finding out more from the government about future support, but they aren’t happy about the level of information that they are receiving. It is too slow and often lacks detail.” 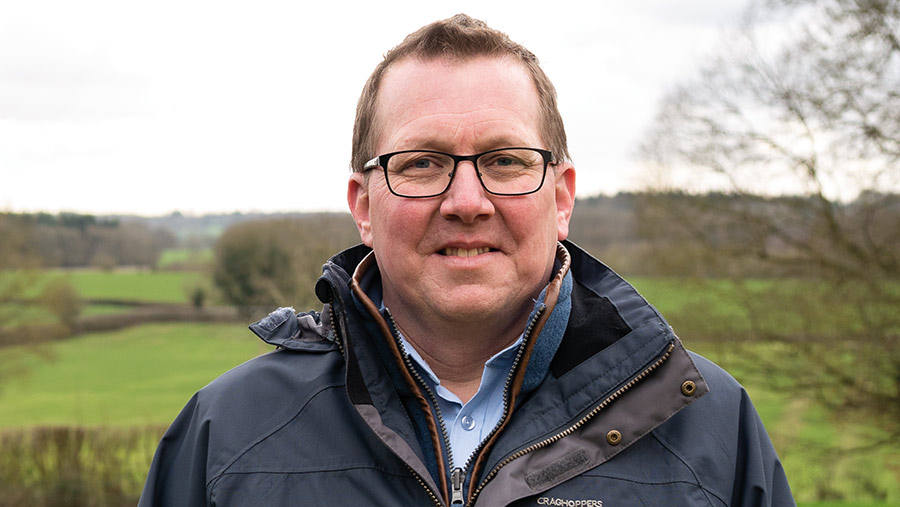 Transition farmer Andy Bason is using a range of measures to prepare for the future at 800ha Newhouse Farm, near Alresford, Hampshire.

Rotational changes, a focus on soil health and reductions in applications have seen an 18% reduction in fertiliser use over 10 years, while soil organic matter levels are up by more than 6% in some fields.

The farm switched to minimum tillage in 2000 and is now pushing towards no-till, using cultivations only strategically, says Mr Bason. Fuel use has fallen by 40%, from 82 litres/ha to 50 litres/ha.

He has a target to reduce carbon emissions by 30% and hopes to sell more of the farm’s output direct to the consumer.

Food production remains a key goal, but delivering public goods is also on his agenda.

As a result, Mr Bason has just started an agroforestry project and will be planting a 10ha woodland later this year – so he has the option of carbon capture and biodiversity gains as future income streams. 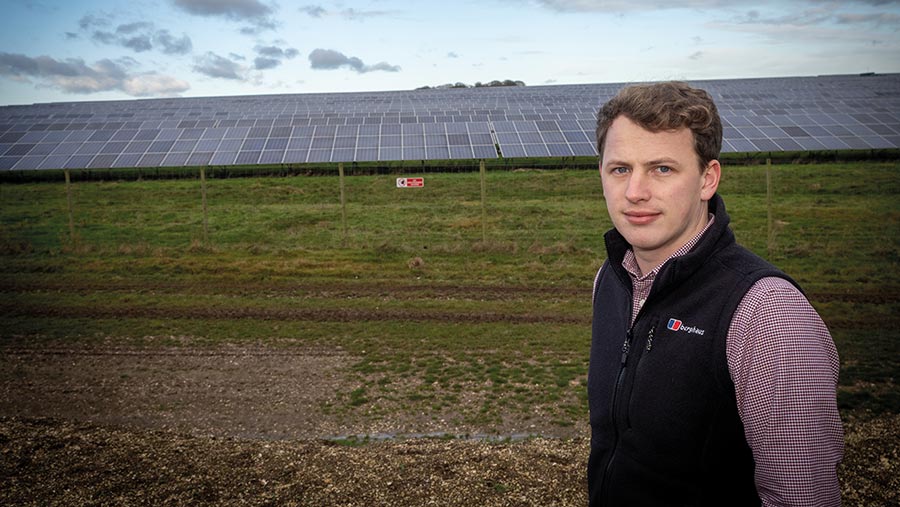 The mainly arable business encompasses some 1,800ha of combinable crops and renewable energy – including a food-waste anaerobic digester generating 3.7MW, which is exported to the National Grid.

“We’re investigating ways we can utilise the heat and power from the anaerobic digester on the farm,” Mr Shuldham says. “We feel that using the renewable energy and electricity on site would be a lot better for our business.”

Some 90% of fertilising across the farm is done using digestate from the AD plant.

“It’s a virtuous circle of food waste being turned into fertiliser and renewable energy which is used to grow crops and food,” he says.

“What we’re trying to achieve is really productive food production – and incorporating everything else into that. We have amazing potential for looking after the environment, for incorporating biodiversity into our farming methods, and for producing clean energy.”