British farmers will always see feeding the nation as their priority. But as British agriculture itself moves into a new era, changes in the way we grow and produce that food are inevitable.

At Barenbrug, we are committed to supporting British farmers through this transition. You may think of us as a grass-seed breeder – in fact, we are one of the UK’s largest grower of grass seed – but we are much more than that.

Because no matter what type of farm you run, when it comes to managing its crucial elements, the aspects on which your productivity is founded – soil health, water management, biodiversity and carbon storage – nothing beats the power of grass and grass-based crops for your grazing, your rotation and your crops.

Barenbrug’s grass and forage genetics provide British farms with practical agronomic and environmental gains. Find out what we can do for your farm today. 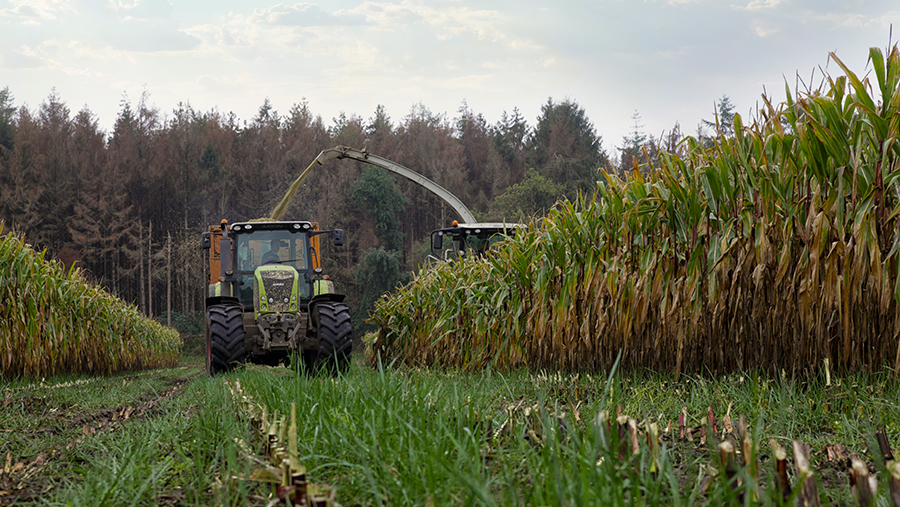 Successfully trialled in the UK in 2020, Barenbrug says its Proterra Maize – based on the company’s tall fescue technology – offers a quick and easy solution for establishing under-sown cover in in forage or AD maize while addressing growers’ worries about main crop competition.

“Issues with soil erosion and nutrient leaching, coupled with damage to the soil structure at harvest and the knock-on effects on soil health, have spurred considerable interest in under-sowing maize,” says Roger Bacon, north of England regional manager with Barenbrug and the company’s maize specialist.

“Some water companies have even introduced their own incentives or subsidies to reduce run-off in water-catchment areas,” he points out, adding that there’s an expectation that green manures or cover crops may soon become mandatory practice in maize cultivation, possibly under ELMs.

Specially developed as a green cover crop for maize, the outstanding characteristic of Proterra Maize is its extremely deep-branched rooting system.

Not only does this maintain soil structure and health post-harvest, reducing soil erosion and nutrient leaching, but it also soaks up nutrients from a far greater volume of soil and allows carbon to be sequestered much deeper within the soil profile.

“Research shows that carbon sequestered in the top 20cm of the soil is much less stable than that found at greater depths,” explains Roger.

Some growers have been reluctant to adopt the under-sown solution, citing concerns that a fast-growing cover crop could rob the main crop of critical sunlight, moisture and minerals.

“In selecting and developing this variety, we’ve opted for traits that favour rapid germination but far slower growth post-emergence. This gives it time to develop its deep, robust root system, while presenting little competition for the maize,” Roger points out.

The deep and intensively branched root system specific to Proterra Maize also endows the soil with a higher bearing capacity, allowing growers improved confidence to harvest when the crop is ripe – without the worry of structural damage, either to the soil or the cover crop itself.

Trialled in the UK last year, Proterra Maize outperformed all other contenders in both maize yield and ground cover.

Further research, underway this year, will examine the performance differences between different blends of Proterra Maize, and their potential applications.

“What we’ve seen so far is that performance is variety specific,” says Roger. “This confirms anecdotal evidence from early adopters, indicating that it’s not just a matter of buying any tall fescue, as not all of them work.

“With Proterra Maize, we’re trying to help growers have more confidence in the practice of under-sowing, allowing them to realise some or all of its valuable benefits on their farms with a product that’s designed for the task at hand.”