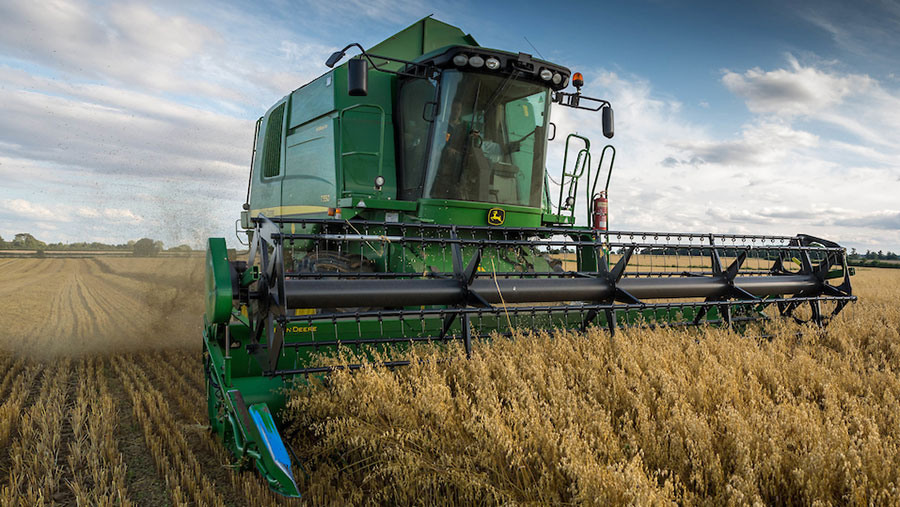 Arable businesses earned more from both in-hand and contract farming agreements (CFAs) for 2017 crops compared with 2016.

Farmer returns in Savills’ annual arable benchmarking survey rose by about 75% for in-hand businesses, to £137/ha, while CFAs returned £226/ha to the farmer, a 53% rise on 2016 results.

However the figures also show fixed costs rising and representing a bigger share of crop price, despite the rise in market prices.

See also: How can I recruit good farm staff?

“Given the uncertainty associated with Brexit, we are focusing on reducing costs and preparing businesses for change,” says Andrew Wraith, Savills’ head of food and farming.

Machinery expenditure should be focused on first for most arable units, he says, with the benchmarking exercise and recent farm business reviews showing there is still a massive range of costs in this area.

“You always have to look at each farm on its merits so there are no formulas but everyone should be asking ‘could we do this differently?’,” says Mr Wraith.

Full joint-venture machinery and labour sharing is an option but there are many other variations which could help reduce arable production costs before such a step is taken, he suggests.

Questions to ask include:

The Savills arable benchmarking survey covers 20,000ha. Within this farms have an average combinable crop area of 325ha.