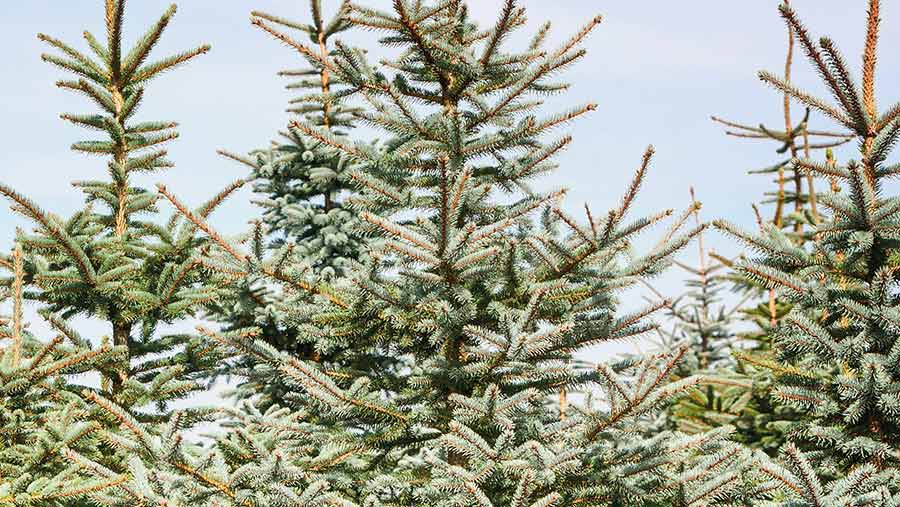 See also: Business Clinic – could solar farm cause damage to our land?

Q. We planted half an acre with pine trees in 1999, to harvest and sell five years later as Christmas trees. They were never harvested and are now 20ft tall. I want to thin out the woodland to plant some different species.

The trees were spaced for five years’ growth, so the woodland is greatly overpopulated. Are there any laws we need to consider before felling any trees or can we just go ahead, as it was planted for harvest anyway?

A. This topic is frequently misunderstood. Under the Forestry Act 1967, as a general rule you need a licence to carry out any tree felling. There are exceptions to this, which I will come back to.

To get a felling licence, you need to submit an online application to the Forestry Commission (FC).

This requires disclosure of details about the work you’re seeking to carry out, including the type of operation (thinning, felling, selective felling or regenerative felling), as well as the species of the trees in question and the volume of trees to be felled.

Some types of felling will require restocking and, in these cases, you will need to also enter details about the planned restocking – you’ll then be bound to implement this.

It is your (the applicant’s) responsibility to check whether any tree preservation orders (TPOs) are in place, or if the woodland falls into a conservation area, and to flag this in the application.

If this information is not included, it would render any licence void, and therefore mean the subsequent felling was illegal.

It’s worth getting a forestry consultant, or an FC officer, to visit the woodland – they will be able to indicate what is likely to require a licence, as well as advise on the process.

Once submitted, the FC has target timelines for issuing the licence. It can take less time, or a lot longer, but you must not begin felling until you have received your licence.

The longer timeframe is due to a requirement for the application to be included on a public register for 28 days, allowing statutory bodies or the general public to raise any concerns.

As mentioned, there are exceptions to this general rule – including an exemption for any tree with a diameter of 8cm or less at 1.3m height (or, if thinning, 10cm).

There is also a personal allowance of up to 5cu m for every calendar quarter, of which no more than 2cu m can be sold. A full list of exemptions is on the FC website.

Outside these exemptions, you will need a licence. I strongly recommend that you collate and retain any evidence you can to prove any exemption that you think applies and, if in doubt, check.

Usually, in the case of Christmas trees, the 8cm exemption would apply, since they are generally harvested within four to five years.

Once they pass this threshold, they become woodland and will be protected by the Forestry Act, the purpose of which is to prevent deforestation.

I think very few of the trees you planted in 1999 will fall under this diameter limit, so you would need a felling licence to carry out selective thinning.

I think you would stand a good chance of being granted a licence to thin 20-25% of the crop, perhaps even 30%, but it’s unlikely you’ll achieve more than that. When replanting, make sure you choose suitable species for the site.

It’s important that you look into this very carefully, as any felling without a licence would be a criminal act.