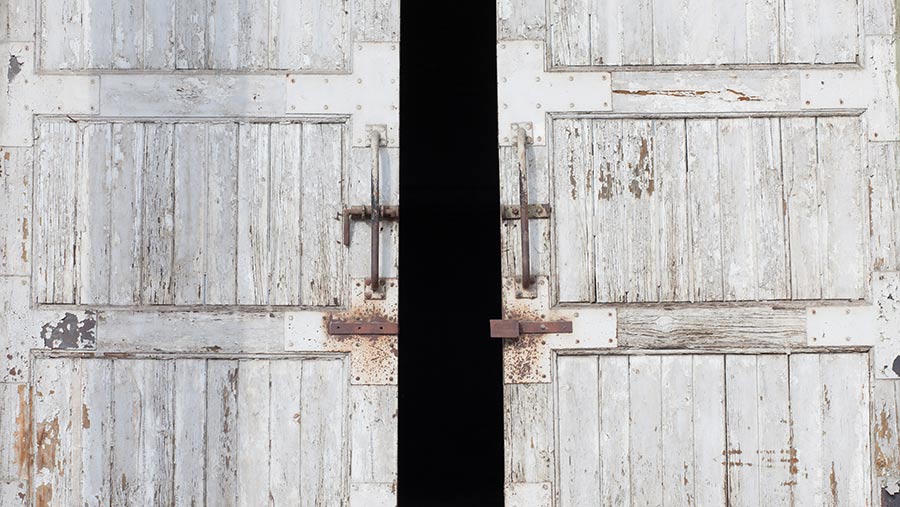 Here, Russell Reeves of Thrings advises on a long-running dispute about damage caused by a contractor working for a third party.

Q. I have a dispute over damage caused by a contractor working for a utility company in 2014, which then resulted in a theft.

The contractors agreed early in the year to delay the work until after harvest, but they turned up in April. Luckily the ground conditions were OK, but there would be crop damage.

They broke six fence posts and gave us six posts for us to replace those broken, but did not repair the damaged fencing wire. They also offered other stronger posts but never delivered these.

After the work began, the foreman asked me if they could carry out some preparatory work in our yard.

See also: Business Clinic – can we do anything about busy public footpath?

The damage to our main implement shed happened at this time, witnessed by my parents. A crane lifting equipment off the lorry hit the shed doorframe with quite a bang, rendering the sliding door unusable.

After several phone calls, managers and others from the contractor’s depot inspected the damage and assured us they would repair it after ordering the parts.

The damage meant we were unable to lock the shed doors at all. This was our only lockable machinery shed and in late 2015 our relatively new Suzuki KingQuad was taken from it, along with accessories worth more than £6,700.

The utility company claims to have no record of the work on our farm. They have asked for a map of the field and identification of their equipment, which I have sent but have received no reply.

A. In the process of conducting the work for the utility company, there has been damage to your crop, fencing and implement shed.

The damage to the shed may also have resulted in the theft of your Suzuki KingQuad and its accessories.

You may want to consider issuing proceedings for a claim under negligence, which provides compensation for harm caused by carelessness.

However, it is important to note that any claim must be brought within six years of suffering the loss.

In this case the damage occurred in April 2014, and it is therefore likely a complete defence exists which the utility would be likely to use and which would result in the failure of this part of your claim.

For a claim in negligence to succeed, you will need to establish that a duty of care was owed to you by the contractors, that this duty was breached by their actions, and that this breach caused the loss.

As a contractor working on your property, it is highly likely that a duty of care existed.

When deciding whether this duty has been breached, the court will consider whether the contractor’s actions fell below the standard of a reasonably skilled contractor.

This is fact-specific. However, It is likely that in causing the damage, the contractors fell below this standard.

If the above is found, it will need to be considered whether the loss to you was caused by this breach. This is where things may get a little more complicated for parts of your claim.

On the facts given, it is likely to be considered that the damage to the crop, fencing and shed were all caused by the careless actions of the contractors. If so, negligence would be established.

However, in relation to the theft of the Suzuki KingQuad and accessories, there are a number of potential issues.

The theft may be considered a new and independent cause of loss and therefore not directly caused by the contractors and, if so, the claim for this loss would fail. The loss must also be reasonably foreseeable.

It is likely to be argued that although damage to the shed was reasonably foreseeable as a result of the contractors’ negligent actions, the theft was not and if so, this loss would not be recoverable.

Furthermore, to be successful you must also have taken reasonable steps to mitigate your losses.

Although the court would take into account the assurances made by contractors that they would repair the shed for you, by failing to either repair the shed door or store your possessions elsewhere for a year and a half, it may be found that you have not mitigated your losses and this would result in the failure of this part of your claim.

On the above facts, unfortunately there are a number of issues which may result in your claim being unsuccessful.

However, these are complex legal issues and the response to your question has been simplified to the extent that it cannot be relied on. It would be advisable to obtain independent legal advice.

An alternative would be to pursue your claim against them through the complaints procedures of the utility and the contractor – despite the time factor, they may wish to settle quietly for reputational reasons.