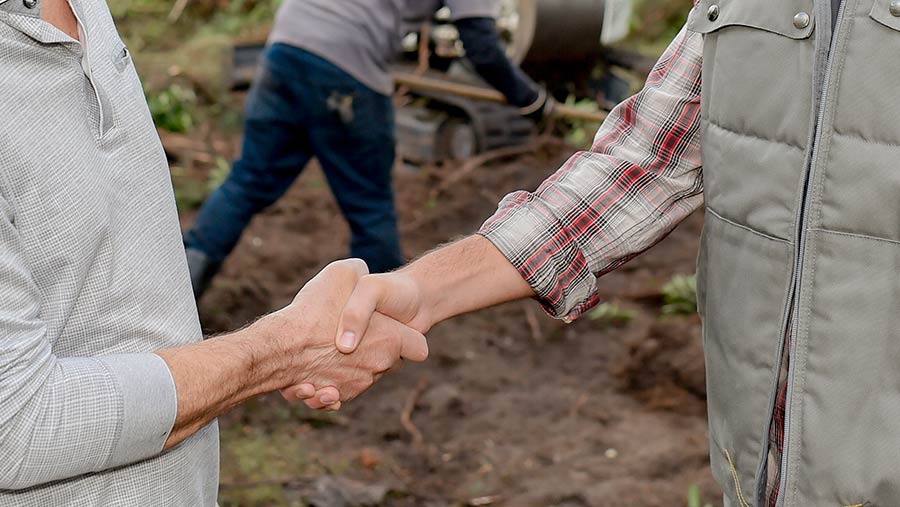 Q: My fellow director and shareholder has intimated that he wishes to retire on health grounds. I own 60% and he owns 40% of the farming business.

Valuations were done of land and machinery in 2018 with a view to buying him out, and we shook hands on a figure. He later changed his mind. He has not yet given notice of an exact date for his retirement, but says he will go when he gets what he wants. Your views would be appreciated.

A: Your question raises two distinct points of company law: the first relates to your colleague’s role as a director, the second around what happens to his shareholding.

The position concerning his directorship will be governed by the Companies Act 2006 and the company’s articles. Unlike a traditional partnership, a business owner ceasing to be part of the management through being a director does not affect the continuity of the business.

While health grounds may be a factor in your business partner deciding to consider resigning, simply being ill is not a ground to terminate his appointment unless there is a provision to that effect in the articles.

Typically, one would expect the threshold to compel a director to vacate his office on health grounds to be one where he has lost mental capacity.

Given you hold a majority shareholding, and subject to what the articles say, you may be able to remove him as a director by passing an ordinary resolution and therefore his confidence in his ability to choose his own timing may be unfounded.

The exception to the general rule is that if the company is run as a quasi-partnership – for example, there is an agreement that all parties shall have the right to participate in the management of the company – it may not be possible to remove him against his will by a resolution.

Turning to the shareholding issue, a director does not have to own any shares, nor does a shareholder have to be a director. As such, assuming at some point he is no longer a director, his shares are unaffected.

As a matter of principle, you are under no obligation to buy his shares, although buying further shares to enable you to pass special resolutions may have its benefits.

If your business partner wished to dispose of his shares, then given the fact his shareholding is a minority and held in a small private company, the market for his shares may be non-existent and you may be able to purchase them at a discount, subject to any negotiations.

There is a caveat, however: the above is dependent on what is found within the articles, which may set out provisions that represent a departure from general principles.

One word of caution: care should be taken to ensure the business of the company is not conducted in a way that would prejudice the value of his shares. In such a situation, your business partner may try to frame a claim for something called unfair prejudice and seek a court order compelling you to purchase his shares, whether you want to or not.

Alternatively, he could ask the court to wind up the company, subject to satisfying the legal grounds that it would be just and equitable, and realise the value of his shares that way.

The final issue is whether your handshake is binding or not. While agreements can be perfectly concluded orally and on a handshake as a matter of law, this case involves the intended transfer of land (as well as machinery) and the law states that any interest in land must be in writing.

Accordingly, you may have difficulty seeking to enforce the purported agreement.

A dispute of this nature is extremely fact-sensitive and it is recommended that you seek independent legal advice for specific and detailed advice before taking further action.