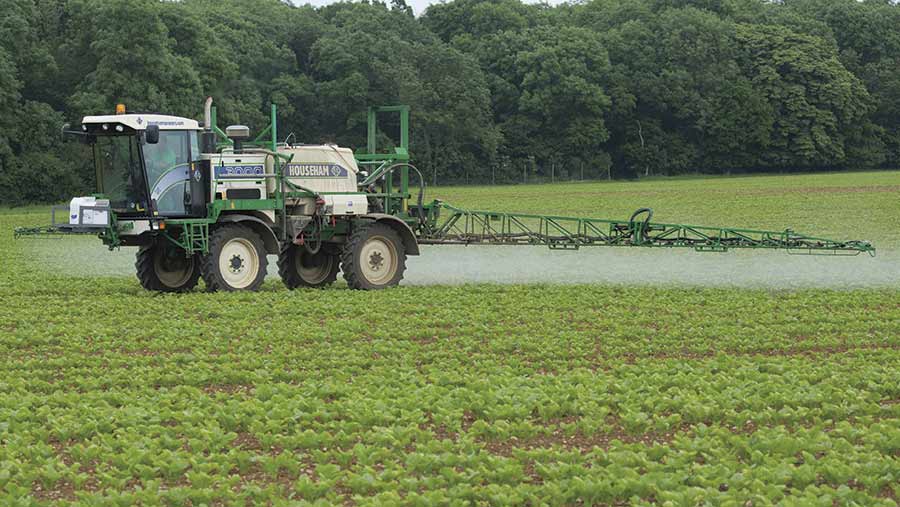 The most challenging year for arable profitability in a decade – this is Bidwells’ verdict on the 2016 harvest year in its annual analysis of contract farming results.

The data is drawn from about 17,000ha of land on 80 farms across England where arable farming is the main enterprise.

Significant falls in income from barley, oilseed rape, pulses (and sugar beet, on some farms) were only partially compensated by the 16.5% jump in the value of the basic payment as a result of the fall in sterling after the vote to leave the EU.

Small reductions in average variable costs were not enough to stop overall gross margin slipping to £690/ha (£742 in 2015). Some of the variable costs savings were attributable to the increased take-up of variable-rate technology, allowing more precise targeting of inputs, said agribusiness partner Ian Ashbridge.

The average contractor’s charge fell £40/ha on the year to a level more consistent with 2011-12 results.

This perhaps indicated deals being agreed in 2013-14 when contractors expected to share in a higher proportion of profits due to higher crop prices, said the report, with these fees being reviewed this summer and autumn.

The farmer’s and contractor’s total returns had moved closer together in recent years, suggesting profits were being divided more equally – a more sustainable approach in times when farm profits are under immense pressure.

With the average size of farm in the sample at 230-240ha, this suggested in-hand farming became much harder to achieve profitably without the use of unpaid family labour on farms smaller than this, said Mr Ashbridge.

“These smaller farms are often inherently less commercial and have a wider range of profitability from one year to the next because of the effects of markets and production risk.

“While the 2016 results in our analysis demonstrate that larger and more commercial farms are able to weather the storm better, it may be that alternative structures such as share farming deserve greater attention, particularly for smaller farms.”

What advantages do larger farms have?

Further analysis of farms in the Bidwells sample points to the advantages of operating at above-average scale.