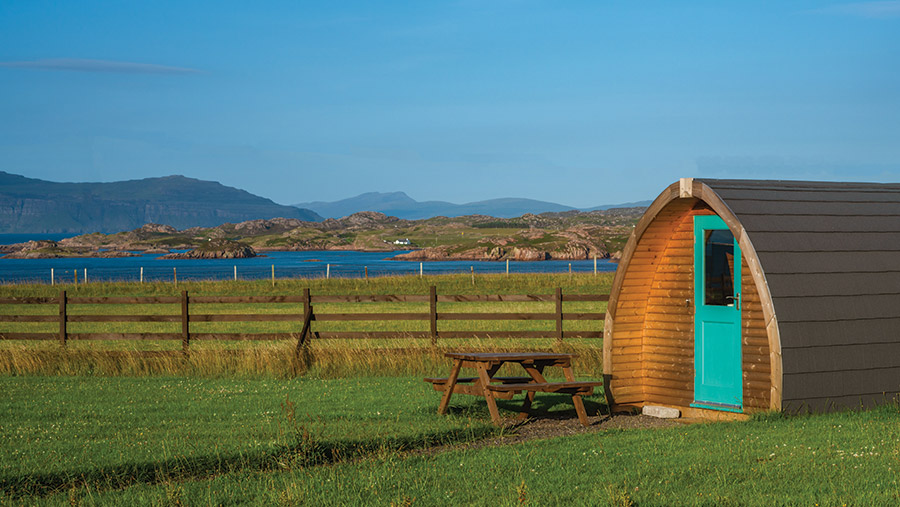 Farm businesses with consumer-focused diversifications are unlikely to be able to mitigate coronavirus losses through insurance claims, insurers have warned.

The move is likely to hit farmers involved in the hospitality and tourism sector particularly hard as bookings get cancelled and people chose to stay at home.

Some business owners had been pinning their hopes on “business interruption” cover, which in some policies will have an extension available for human diseases, but these will be listed in the policy and coronavirus will not be added retrospectively.

Business leaders have also expressed concern that by not ordering firms to shut, prime minister Boris Johnson has prevented them claiming for business interruption through that avenue as well.

However, in a statement released today, the Association of British Insurers said that the vast majority of businesses will not be able to claim even if a closure order is issued.

It said: “Standard business interruption cover – the type the majority of businesses purchase – does not include forced closure by authorities as it is intended to respond to physical damage at the property, which results in the business being unable to continue to trade.”

“A small minority of typically larger firms might have purchased an extension to their cover for closure due to any infectious disease.

“In this instance, an enforced closure could help them make the claim, but this will depend on the precise nature of the cover they have purchased, so they should check with their insurer or broker to see if they are covered.”

NFU Mutual have confirmed that the majority of businesses insured with them have a policy that only covers named diseases, of which Covid-19 is not one.

It said: “In line with most other insurers, when Covid-19 was added to the government’s list of notifiable diseases, this did not change policy coverage.

“We use this approach of naming individual diseases rather than referring to notifiable diseases to ensure that customers are clear about the level of cover being purchased.”

The insurer said that it did have a small number of covers or cover extensions in operation which might be triggered.

These surround cancellation of advanced bookings for some hospitality and holiday accommodation risks and it advised customers who believe they have these extensions on their policies to contact their local agency or Mutual Direct for clarification.

However, a spokesperson said that dairy farmers would still be insured for any milk that was unable to be collected.

“This means we will pay for damage arising from the inability of a dairy or its agent to collect milk under a contract with the dairy farmer, due to circumstances beyond the farmer’s control, resulting in milk being wasted or spoiled.”