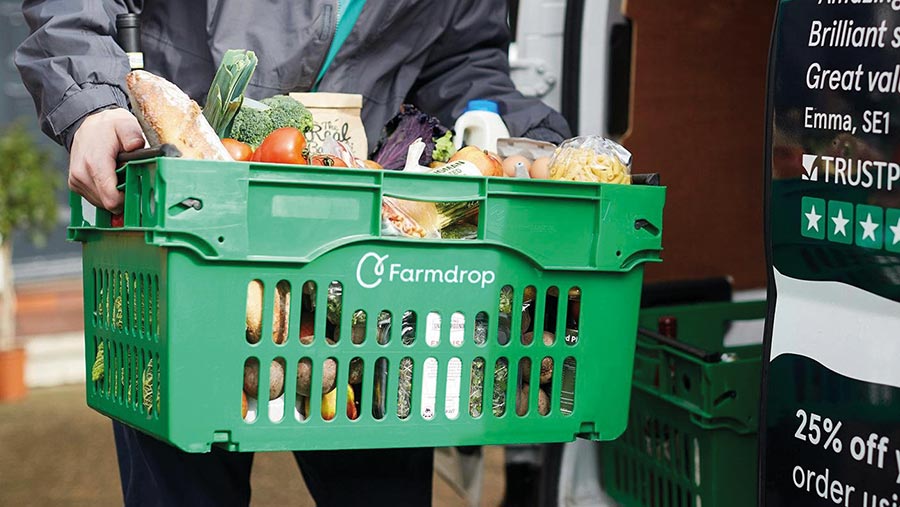 Suppliers to online retailer Farmdrop have been left reeling by its recent collapse.

For many, Farmdrop was their biggest customer, often accounting for half of their turnover or more. Most saw a boom in orders through the service in 2020 as Covid-19 lockdowns favoured home deliveries.

Christopher John Ferguson of RMT Accountants & Business Advisors was appointed administrator on Friday 17 December by the Farmdrop’s directors, after suppliers were told by email on 16 December that Farmdrop would be taking no more deliveries.

Administrators must produce a report and proposals to creditors within eight weeks of their appointment.

The business had up to 450 produce suppliers, many of whom had just delivered large orders of Christmas stocks when the closure was announced.

Daniel and Elaine Mason, of Sladesdown Farm, near Ashburton, Devon, had been supplying Farmdrop for about three years, mainly with poultry, and are owed about £45,000 by the firm.

Mr Mason told Farmers Weekly this probably put them among the 10% of creditors owed the largest sums, with Farmdrop accounting for about 55% of their turnover and roughly one-third of their profit.

They had delivered an order worth £6,500 the day before the Farmdrop closure email and managed to recover this from the firm’s store. However, with the timing so close to Christmas, Mr Mason reckons in the end they netted only about 15% of what it was worth, selling some on wholesale markets, with the remainder donated to good causes.

“We had to do something, but it took a lot of time and effort,” said Mr Mason, who thought that given the costs, they had made no margin on this stock.

The couple had been banking on paying feed and labour agency bills with the cash that would come in from this Christmas trade.

“The feed company and the agency have been very understanding, but this has left me reeling. We’re a fairly substantial business, but at the end of the day, it’s me and my wife who get out of bed every morning to run it.”

Rowie Meers of Purton House Organics in Wiltshire was one of Farmdrop’s earliest producers, supplying, meat, eggs and veg.

Purton House Organics also has its own farm shop and vegetable box scheme, but Farmdrop accounted for 50% of its turnover – which in 2020, as the pandemic pushed up sales through online and direct suppliers, grew to £750,000.

“We were paid [by Farmdrop] every week, so we are one of the lucky ones,” said Mrs Meers, whose business is owed an estimated £8,000-£10,000 by the firm. She has heard nothing from the company or the administrator since the original closure email.

Meanwhile, in a positive development, some producers have forged new links and collaborations to find alternative routes to market produce that would have been delivered to Farmdrop.

Mrs Meers said Farmdrop had been a great concept that had worked for her business. The margins had reduced since its launch but were still workable. However, she questioned the sustainability of its 24-hour delivery offering.

Mr Mason echoed this, saying that it had aimed to get smaller producers to markets they may not otherwise have been able to reach and that it had worked with producers – for example, helping to market surpluses.