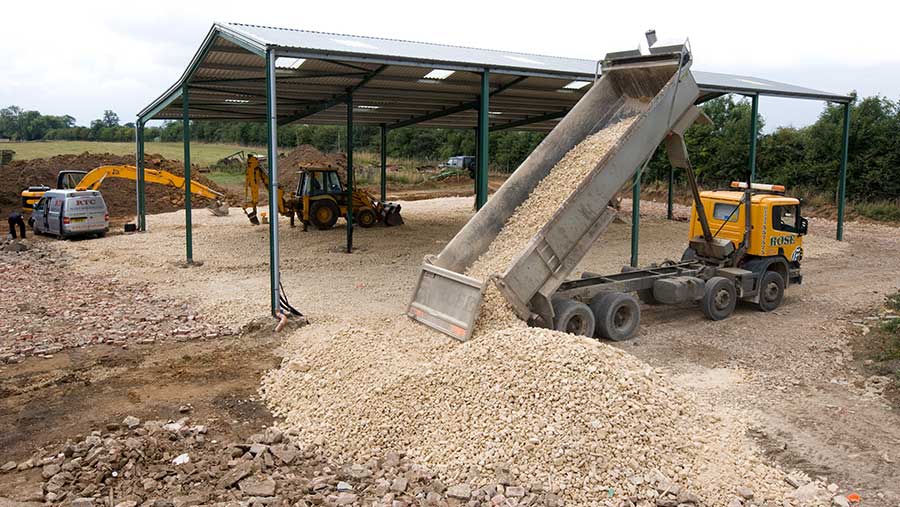 Farmers risk being left underinsured if they fail to reflect significant rises in rebuild costs when they review their farm insurance policies.

Construction firms across the country report that cost inflation for building materials has become a growing problem over recent months, with demand outstripping supply for key products such as steel, timber, cement, aggregates, plastic and roof tiles.

Alongside high levels of demand, supply chains have been disrupted by the coronavirus pandemic, which has led to plant closures and delays in deliveries because of congested shipping routes and container cancellations.

See also: What to consider when taking out farm insurance

Debbie Airey, managing director of County and Commercial Insurance Brokers and GRP Group head of national practices in agriculture, said the rebuild costs of farm buildings had gone up by an average of 25% over the past two years.

Ms Airey said farmers needed to be covered for the true rebuild costs of any building, as they could find themselves falling foul of averaging clauses if they were underinsured and needed to claim.

The averaging clause works on the principle that if you declare an insured value that is only X% of the true value, then you will receive only X% of your claim as you have paid only X% of the premium due.

“This is going to be a bigger problem going forward if people don’t look seriously at this,” Ms Airey said.

Rupert Wailes-Fairbairn, divisional director of Lycetts, said underinsurance of farm buildings was a “widespread” issue, with more than 30% of buildings likely to be underinsured.

He suggested that farmers who had not had their buildings reappraised in relation to rebuild sums for five years or more should do so ahead of renewing their policies.

The insurance industry does warn that while index-linked policies are designed to take into account any increases in building costs, they rely on the base value being correct in the first place.

Over the past five years rebuild costs for farm buildings had tended to rise by 3% annually, but this was no longer the case, said Mr Wailes-Fairbairn.

“I’ve never seen, in my 20 years of doing insurance, such cost inflation in such a short period of time. I have never experienced the like of it,” he said.

“Where you have used a traditional low indexation figure of 3%, that is likely to double and perhaps more in the short to medium term.”