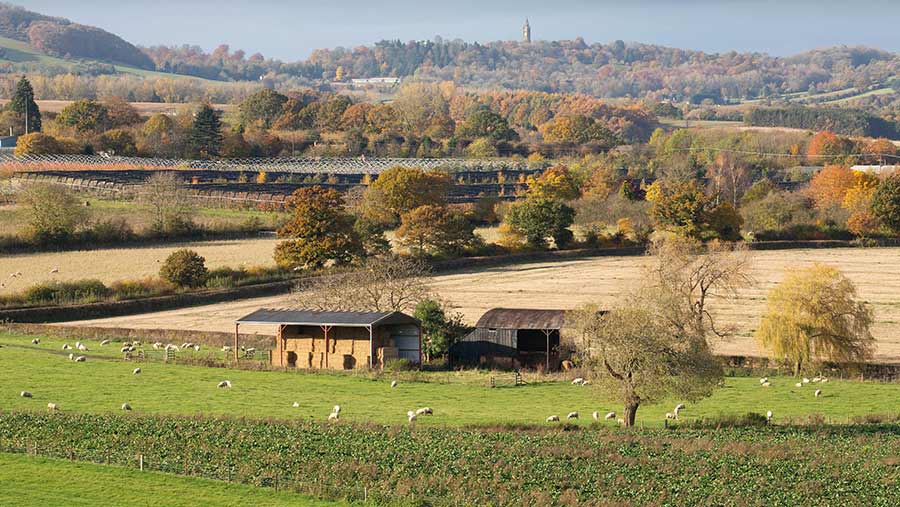 Farm businesses are using an increasing proportion of the lending available to them compared with a year ago, although borrowing rose by just 1% over the year to the end of September.

The latest Bank of England (BoE) figures show that UK farming and forestry businesses had borrowed £19.6bn from banks at 30 September.

While this is a record, the sums have been on a rising trend for many decades.

However, farms are using almost 86% of the lending facilities available to them, a far higher proportion than has been typical in recent years. For example, at the end of 2017, they were using 72% of their facilities, the same as a year earlier. By September 2019, the proportion had risen to 76.6%.

The jump in the proportion used this year can largely be explained by a drop of £2.4bn in the facilities available to farming, rather than a big rise in the amount actually being used.

While farm consultants are not seeing a widespread hardening of lenders’ attitudes to farm proposals, there is anecdotal evidence of tougher conditions as the risk in agriculture rises with the UK’s exit from the EU.

Many farm businesses have taken advantage of the government-backed Bounce Back Loans scheme, introduced to help them weather the impact of Covid-19. Fewer have taken up the Coronavirus Business Interruption Loan Scheme, which has a more demanding application process. Sums borrowed through both of these schemes are included in the total £19.6bn BoE figure.

Lending by the Agricultural Mortgage Corporation rose 7% last year, with a growing element of that for refinancing, and this lending is understood not to be included in the BoE figures.

Barclays national agricultural strategy director Oliver McEntyre said it was important to consider that credit balances in agriculture at the end of September had risen to £9.3bn, up £1.6bn compared with a year earlier, also a record.

“This could be due to many factors. However, we have been in a period of strong farmgate prices for most sectors, and while there were some sharp reactions to Covid-19-related supply issues, these were thankfully short-lived in the main. Likewise, there have been some difficult weather conditions to work with, but farmers are resilient and they have coped remarkably well.”

Barclays had made no changes to its lending guidelines for agriculture, he said.

On farm, advisers have been sounding further cashflow warnings for arable businesses, in particular for next spring.

“We see some hardening of cash positions already, but do not expect any significant difficulty until the spring,” said Hamish Bichan, director of consultancy Active Business Partnerships.

“It’s going to be quite an issue in April, May, June and July,” he said. “Even for the most successful of our clients, we have been advising that they have to keep a realistic two-year rolling picture ahead so that if we have to make changes, we can do it early.”

These forecasts also needed to accommodate the first-stage BPS reductions, Mr Bichan said. “It would be a brave business that goes forward from here without a realistic picture and indication of both profit and likely cash generation.”

Banks would carry on supporting businesses in which they had faith, but where that was lacking, things would get tougher, he said. The supply trade might also begin to tighten its credit to farmers.