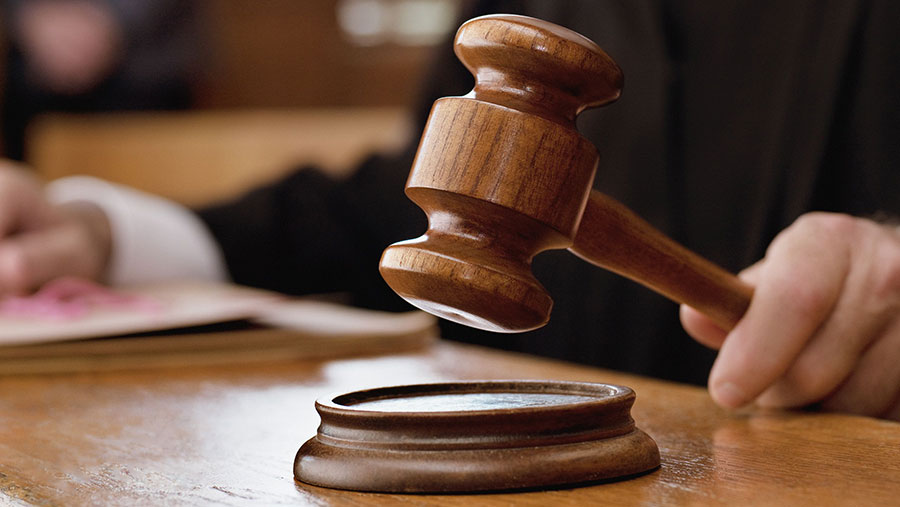 A flood-hit Worcestershire potato farmer could lose his home after amassing almost £7m in debts to his bank, a High Court hearing has been told.

The events had a drastic impact on the farm’s finances and Mr Gough, who lives with his wife Michelle and two sons in an eight-bedroom house on the farm, has been battling the debts ever since.

However, the court hearing dealt a blow to Mr Gough’s fight after Judge Lance Ashworth QC ruled that Clydesdale Bank had done nothing wrong in demanding repayment of almost £7m from the farmer.

Michelle Gough had personally guaranteed almost £5m of the farm’s debts and there was nothing unfair about holding her to that, the judge added.

The ruling means the bank is entitled to take possession of Hilltop Farm and a rental property unless an asset sale can be arranged to reduce the massive debt.

The judge said Mr Gough had banked with Barclays for years before shifting his business to the Clydesdale in 2012.

But the judge said the overdraft was “never quite enough” and by June 2014 the facility had been increased to over £1.7m.

The Clydesdale loaned Mr Gough “ever increasing” amounts of money, but the farm’s creditors continued to apply pressure.

He had to ask the bank to provide urgent funds and matters got so bad that, at one point, “Mr Gough could not afford to put diesel into his tractor”.

The judge added: “The bank eventually had had enough of supporting Mr Gough, whose business required more and more cash.”

In November 2014, it demanded repayment of all outstanding loans from the farmer and appointed receivers. It also sought to enforce his wife’s personal guarantee.

Mr Gough argued that the bank’s attempt to take his home was “unconscionable” and that it had gone back on a promise that, before appointing receivers, it would give him the opportunity to reduce the debts by selling assets.

But the judge said the Clydesdale had in fact given him such an opportunity and had never made “a clear and unequivocal promise” that it would not insist upon its strict legal rights.

Mrs Gough had, at the bank’s urging, received independent legal advice before signing the guarantee and there was nothing unfair about it.

No evidence of impropriety

And the judge ruled: “There is no evidence of any impropriety on the part of the bank in deciding to make demand and appoint receivers when they did so.”

The sum due from Mrs Gough under the guarantee amounted to £5,701,754.  Both amounts had increased since then due to interest.

The judge said he was “minded” to make a possession order, subject to the possibility of Mr Gough selling off parts of the farm to reduce the debt.