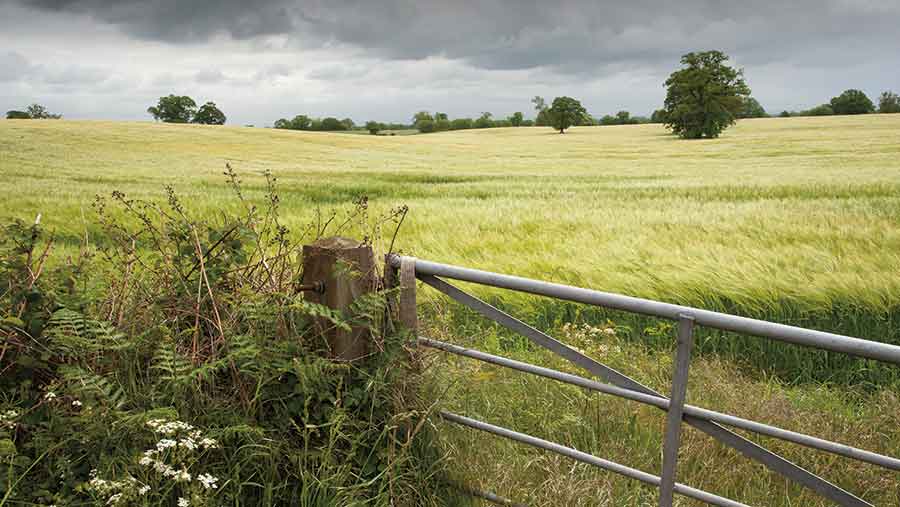 Farm borrowing rose in the first quarter of 2017, despite the market boost from lower sterling, which also meant BPS payments 18% higher than in the previous year.

Farmers borrowed an additional £348m between the end of December and the end of March this year, in contrast with a £95m drop in the same period a year earlier.

At almost £18.16bn, lending to agriculture was 2.8% higher at the end of March than in the same month of 2016, according to the latest Bank of England figures.

However the proportion of facilities being used by farmers is stable, at 71-73% between November 2016 and March this year, a similar level to that seen in the same months a year earlier.

Advisers point out that while agriculture still has the lowest gearing of any sector, with borrowing accounting for just 6% of assets, it is the ability to service those borrowings that matters.

While the outlook for 2017 is generally better than last year, cashflow will be a challenge for most farm businesses.

Many inputs are costing significantly more this year because of the low value of the pound.

There have already been significant increases in fuel, fertiliser, spray and some feed costs, while those buying new machinery this year are seeing the currency impact feeding through to prices to a greater extent than was the case last year.

The latest Consumer Prices Index (CPI), was 2.7% for April, up from 2.3% in March. This is well above the Bank of England’s (BoE) 2% target and makes the bank’s recent forecast of a peak CPI this year of just under 3% look optimistic.

The bank also recently revised down its growth forecast for this year and has warned of a challenging time for British households, with price inflation growing faster than wage inflation.

The BoE will use base rate rises to manage inflation, so farm budgets should be tested for sensitivity to interest rate rises, say advisers.

“Borrowers should be thinking about that inflation figure which is above the Bank of England’s target of 2%, as well as the level of debt, because base rates will turn upwards at some point,” said Graham Redman Author of the John Nix Farm Management Pocketbook.

“We don’t know when, but when it does, it could move quickly.

“Overall, the debt is lower than any other industry we are aware of so as far as collateral is concerned, a rise of farm borrowing (overall) is probably in fact a good thing.

“It’s just the serviceability that comes into question.

“Borrowing money to grow a successful enterprise more quickly than you otherwise could is clearly a good idea if you can manage the growth, but borrowing to finance something with a lower return on capital than the rate at which you are borrowing is clearly a route to losing money.”

While the fall in the value of sterling boosted exports and grain prices in particular, it was a double-edged sword, warned NFU economist Anand Dossa, because of the effect on input prices.

“There’s got to be a further increase in farmgate [output] prices otherwise farmers will directly shoulder the costs of rising prices across the supply chain,” said Mr Dossa, adding that it would take two to three seasons to repair the damage of the last 18 months.

The value of sterling was the biggest determinant of farming profitability, he said. The election announcement had given the currency a boost but the pound was likely to stay below its current level for the rest of this year, especially if it looked as if the UK was heading for a hard Brexit, he said.