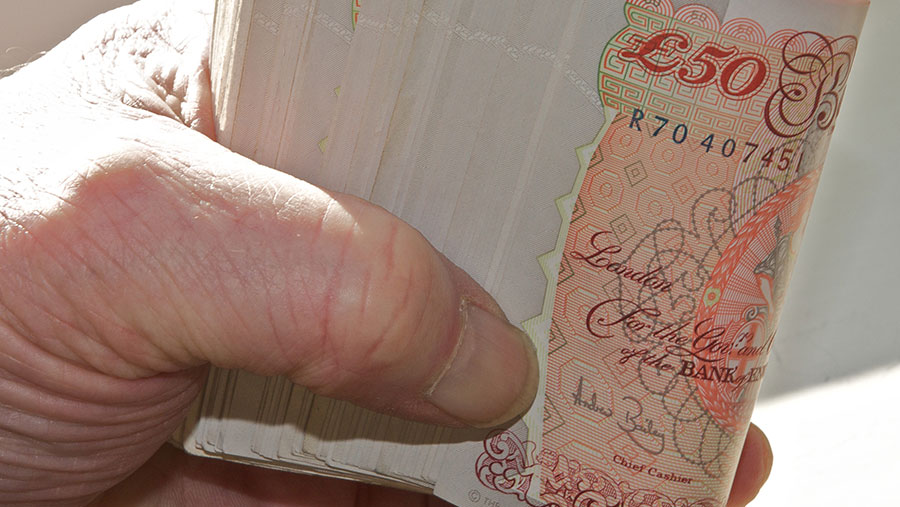 Lending to farmers from merchants is set to undergo a major shake-up, with a new agricultural bank being lined up by big businesses to offer an alternative to trade credit.

Four seed, spray and feed distributors have thrown their support behind a new farmer-focused bank, Oxbury, which is set to receive its license to operate from the Bank of England in the next few weeks.

These will be the first firms through which Oxbury’s flagship farm credit product will be offered, which is expected, over time, to replace existing in-house trade finance for some farmers.

Oxbury’s managing director, Nick Evans, said: “There is no other UK-based bank focusing its thinking, expertise and empathy solely on the agricultural market and the needs of British farmers.

“Oxbury is a new specialist bank founded by the industry for the industry and is designed to work in partnership with long-established agribusinesses that farmers know and trust.”

Ahead of launch, it has already signed up dairy farm businesses with more than 200 cows and arable units with more than 300ha of land who do business with the four firms.

The bank said these thresholds will fall over time and the product will be available to more farmers as they sign up more agricultural merchants and traders from other sectors.

It said the new bank will be able to be competitive with high street bank overdraft facilities as it has bespoke software that links retailer, bank and farmer to allow simple online invoice management, which will cut administrative costs.

It will also link up to farm management software packages to assist farmers with accounts preparation.

Oxbury said it aims to finance its lending by also offering savings accounts with rates that will beat most existing products, but will not be offering current accounts.

The Chester-based bank’s seven directors also include David Hutchinson, chairman of Hutchinsons, and Mark Aitchison, managing director of Frontier, as well as finance and software experts.

Mr Aitchison said: “With our involvement in the whole supply chain from crop inputs through to grain outputs, we understand the critical need for farmers to access flexible cashflow resources.

“We also recognise the need for a modern banking service to use bespoke digital systems tailored to support the farmer to manage their invoices, payments and cash.”

The move is being seen as a way for agricultural merchants to, in time, reduce the amount of farmer lending they have on their balance sheet without withdrawing credit from them.

This was up from £25,900 the previous financial year, when it represented 12.8% of total liabilities, the first year that Defra broke down borrowing composition in this way.