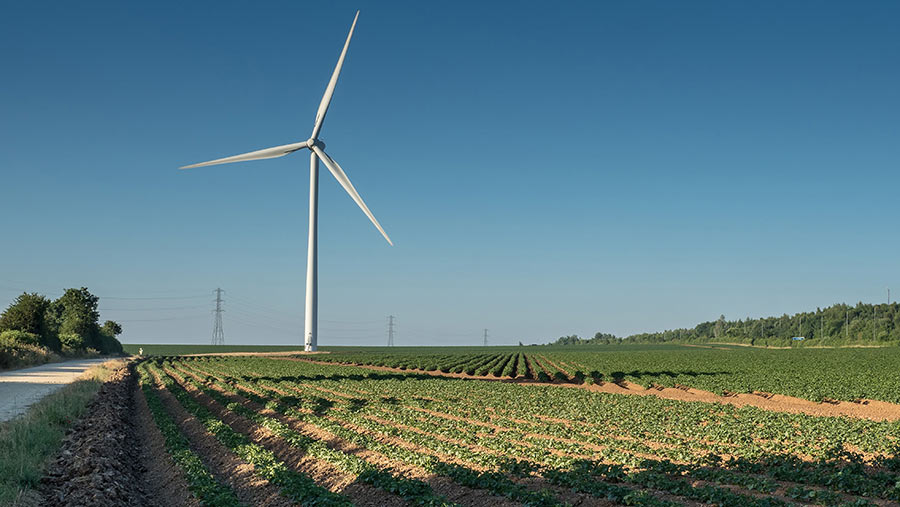 Peer-to-peer is the modern equivalent of borrowing money from a friend or family.

It is a form of borrowing and lending between individuals, or “peers”, without a traditional financial institution such as a bank or building society being involved.

If you want to borrow money, there are websites (often called platforms) which can match you up with people willing to lend it to you.

See also: Ask the right questions to get the right farm finance deal

Each of the different companies has a different business model – for example, Zopa, one of the biggest players, lends money only to consumers, while Funding Circle, another major player, is aimed at businesses.

Peer-to-peer lending is a close relation of crowdfunding, but the two do differ. When people use crowdfunding to raise capital, they typically agree to give their investors a stake in the business or some other reward.

When people borrow through a peer-to-peer platform they commit to repaying the loan with interest, much like a traditional bank loan.

How long has peer-to-peer lending been around?

The UK is the birthplace of the modern peer-to-peer lending sector.

In 2005, Zopa became the first company in the world to offer peer-to-peer loans to consumers, claiming everyone – whether borrower or lender – was losing out from the traditional banking model.

Is it an option for farmers?

It’s an option, although according to bankers, the impact of peer-to-peer lending in agriculture is limited.

Funding Circle, the biggest of the business-lending platforms, says it has lent £55m to the agriculture sector across 900 loans, with £30m under management. However, this is just 2% of its total lending book.

The company most focused on agricultural businesses is Folk2Folk, which was founded in 2013 by two solicitors based in Cornwall.

The company, which has lent £231m so far, specialises in lending and borrowing within rural communities and as a result says a number of its borrowers are farm businesses.

What does it lend on?

Folk2Folk loans are for periods of six months to five years, so it is a short-term funding solution.

This is typical of the other platforms too. The company says it has provided farmers with funding for diversification into leisure, tourism, renewable energy and selling direct to consumers, as well as for machinery, land, property and stock purchases.

In some instances, it has simply provided finance for working capital.

The loans are interest-only, with the borrower paying a 6.5% annual discounted interest rate on their loan in monthly instalments to their lenders.

There are no fees for lenders, but a charge applies if they wish to exit earlier than the loan term.

How does it differ from borrowing from a bank?

Peer-to-peer platforms are not banks and so do not follow the same decision-making rules.

This means decisions can sometimes be made more quickly and there can be greater flexibility on the lending criteria.

Borrowers will be subject to normal credit referencing, credit status checks, due diligence and checks on asset ownership.

Business loan applications will also be passed through a credit risk committee, who use their expertise and collective knowledge to assess the proposal.

Folk2Folk says it has had instances where banks have referred their customers to it because they have been unable to lend to them, due to a lack of trading history.

By borrowing through Folk2Folk customers are able to build up a trading track record, enabling them to re-finance through their bank at a later date.

How are loans secured?

Folk2Folk insists loans must be secured against land or property.

It lends up to a maximum of 60% of the value of the security which is valued at “forced sale value”.

This means it is not an open market valuation, but a valuation based on the assumption that contracts for sale are exchanged within a 60-day period.

This type of valuation typically gives a lower value than an open market value.

What happens if a borrower fails to make a payment?

If a borrower defaults on a loan payment, the discounted interest rate (6.5% at Folk2Folk) is replaced with the standard interest rate of 8.5% per annum until the outstanding interest is repaid.

If the loan remains in default, the property against which the loan is secured may be sold and sufficient cash should be generated to repay the lender’s original investment, plus any interest owed and costs.

To date, there have been no losses for lenders, although Folk2Folk is only five years old.

Is the sector regulated?

The sector is regulated by the Financial Conduct Authority, but because the companies are not banks, the Financial Services Compensation Scheme (FSCS) does not apply to peer-to-peer lending.

What questions should a farmer ask?

Folk2Folk advises that farmers should ask about:

Anyone considering an agreement, either as a borrower or lender, should do their research about the terms and conditions and the track record of the platform they choose.

Because the business models do differ quite widely, the level of risk will vary and comparisons are difficult.

Take advice from your accountant, a local broker and anyone who has dealt with them in the past.

How different are the other platforms?

The model run by each platform can vary significantly. For example, Funding Circle offers unsecured as well as secured loans.

Its arrangement charges and interest rates depend on the loan term and the risk band the loan is put into.

Andrew Naylor, head of agriculture at Lloyds Banking Group and managing director at Agricultural Mortgage Corporation, says peer-to-peer lending is yet to have much of an impact on the agricultural market.

“In the cases we have come across, the borrower had opted for this type of finance as a simpler ‘route to cash’ because they didn’t meet mainstream lenders’ criteria,” he says.

“In general, the terms of peer-to-peer loans seem to be less favourable than traditional lenders, with higher rates and shorter terms.

“In addition, they are often not fully committed, which means the lender can ask for the loan to be repaid at relatively short notice.

“Anyone considering borrowing using this form of lending should know what security is required and should fully understand the terms and conditions of the loan, including fees, penalties and interest rates.”

‘It was so straightforward. I really couldn’t fault the process’

Dairy farmer Jon Perkins, who runs a goat and Jersey dairy herd at Old Parsonage Farm on the Dartington estate in Devon, says his experience of peer-to-peer borrowing has been very positive.

Mr Perkins, who farms with his wife Lynne, was introduced to Folk2Folk in 2016 when he was looking for finance to help develop a small factory to process goats’ milk.

While he had a good relationship with his existing bank, he knew getting finance for a diversification project through them would take time and he was keen to push on with the project.

He was told about Folk2Folk by some friends who had previously acted as lenders, and so approached the business for the money.

“It was so straightforward. I really couldn’t fault the process,” he says.

“The loan was approved in about three weeks and was so much simpler than working with a [high street] bank.”

Mr Perkins said his £75,000 loan was secured against land owned by his father, and his application was supported by a business plan and evidence of how the business was developing – most of which he had to hand already.

“They didn’t ask for years of cashflows. They could see the potential.”

Eighteen months on, Mr Perkins says he can’t fault his experience, which he believes was 100% simpler than going to a bank.

His main advice to others thinking of going down the peer-to-peer route is to have a clear plan how the loan will be repaid at the end of the term.

“It is interest-only so it could be easy to get caught out. Have a serious plan in place of how you will pay out at the end, else you could end up losing your assets.”