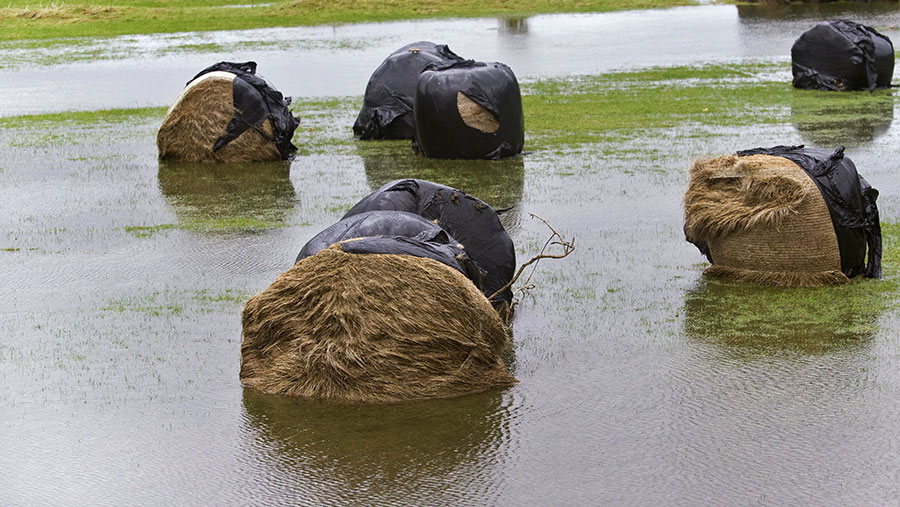 Farmers in Northern Ireland have been handed a compensation package worth £3.45m, four years after devastating floods hit the north-west region of the province.

The force of the floodwater in August 2017 left farms with ruined access, severe erosion and fields buried under deep deposits of mud and silt.

Efforts to restore land to its former productive levels have continued over the four years. But many farms in the Glenelly area have struggled to recover, particularly where there were landslides.

After four years of sustained lobbying by the Ulster Farmers Union (UFU), the Department of Agriculture, Environment and Rural Affairs (Daera) has agreed to make compensation payments.

These will be based on:

Payments are capped at £106,000 and any farm that lodged a force majeure application after the floods in 2017 is eligible to apply.

The UFU welcomed the move, but rued the fact it had taken four years of lobbying to achieve the payment.

Union president Victor Chestnutt told Farmers Weekly of the effects of the floodwater on the mountainous Glenelly area.

Hill farms eke out a living using small workable areas in meadows at the base of steep-sided valleys. When a month’s rain fell in 24 hours on 22 August 2017, some of these areas were all but destroyed, Mr Chestnutt said.

“The soil was taken from the field surfaces and carried away downstream, along with uprooted trees, gates fences, bridges, roads and livestock,” he said.

The UFU had responded immediately and held clinics in the area, encouraging farmers to sign forms claiming force majeure.

“We managed to get 226 people to sign up. The applications they made four years ago will now be used as a basis for payment,” Mr Chestnutt said.

“While the emotional distress cannot be undone, we hope the funding provides relief after experiencing such financial loss for so long.”

Mr Chestnutt blamed the delays in securing compensation on Northern Ireland’s political turmoil, which had seen the assembly suspended for long periods and caused a lack of continuity in personnel.

Daera minister Edwin Poots acknowledged the suffering that had taken place since the flooding.

“Seeing one’s business washed away in the blink of an eye has caused immense distress to this community,” Mr Poots said, after a visit to the area.

“The sustainability of their farm businesses, already operating in challenging environmental and market conditions, was clearly and severely affected.

“While this fund will not undo the emotional and mental challenges they have faced, I do hope it goes some way to easing the financial losses they have suffered,” he said.