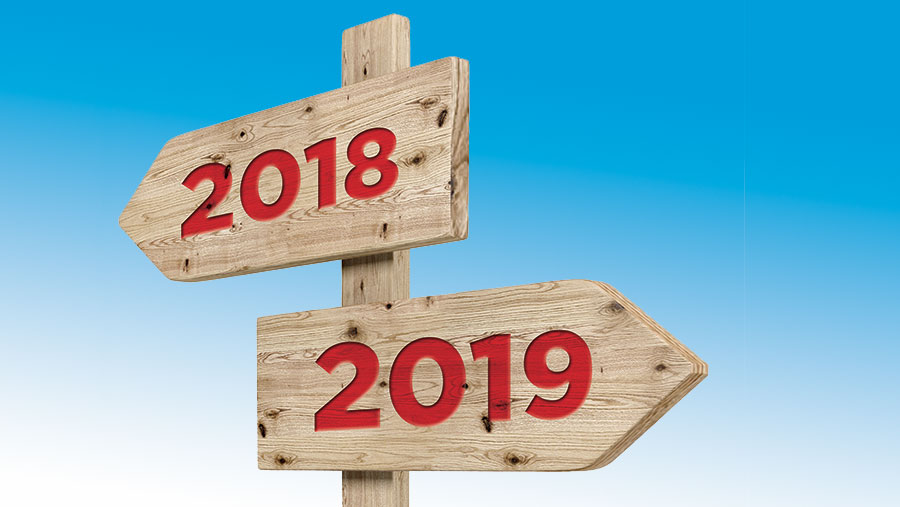 Setting new year’s resolutions is an annual task at this time of year for many people as they reflect on the successes and failures of the year just gone and make plans for the 12 months ahead.

Many in the agricultural industry will have joined other vital workers, such as the emergency services, in having less time to ponder as they worked throughout the festive period but setting aside time to think about the future can be vital to minimising future problems.

We spoke to finalists and judges from the 2018 Farmers Weekly Awards to see what they had learned from 2018 – the year that was defined even more than many others in recent memory by the weather – and by persistent political storm clouds over Westminster. 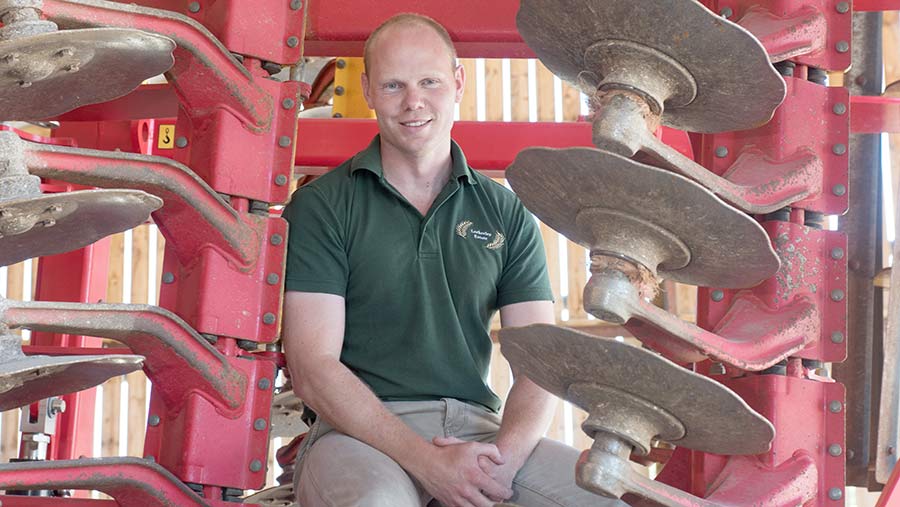 Hampshire farm manager Craig Livingstone is looking to cut costs next year by collaborating with another business to jointly purchase farm inputs and energy.

He is also looking to throw open the gates of the Lockerley Estate more frequently to visitors, with plans afoot to take part in Open Farm Sunday for the first time and also welcome other interested groups, including schools.

Mr Livingstone says single farm payments and farm profits from the past three years have been poured into future-proofing the business by investing in technology, farm infrastructure and increased mechanisation.

He believes an important step for farmers is to invest in training to have the confidence to trust their own decision-making. 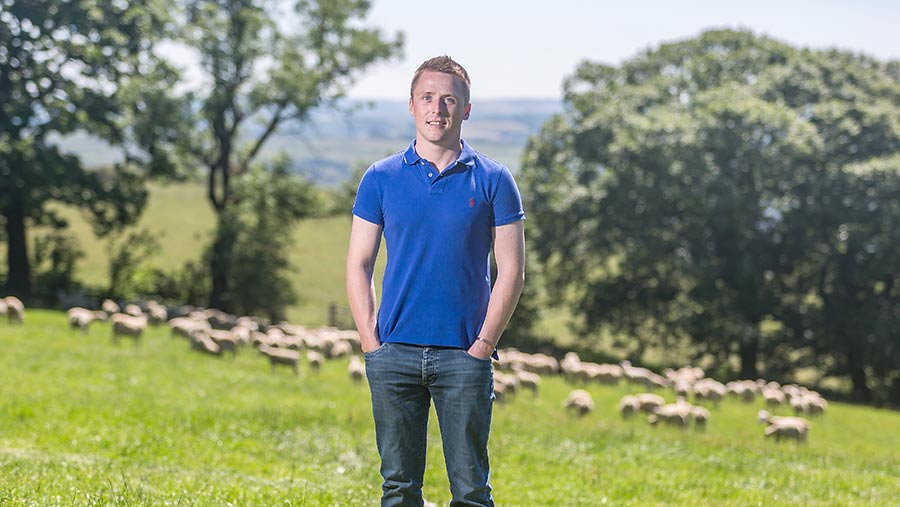 South Wales farmer Jacob Anthony says each enterprise at Cwm Risca farm is going to come under close scrutiny in 2019 to check if they are financially viable.

This will include factoring in the cost of family labour to improve time management and better understand running costs.

He is also planning to reduce the cost of breeding rams by transitioning from buying them in to breeding his own from a nucleus flock of pedigree ewes.

There are still a number of unknown factors that mean detailed planning on what the best options are is still not possible, says Mr Anthony.

He warns that it is crucial that decision-makers understand that subsidies are vital to the survival of not only farmers, but the rural economies across Wales and the rest of the UK. 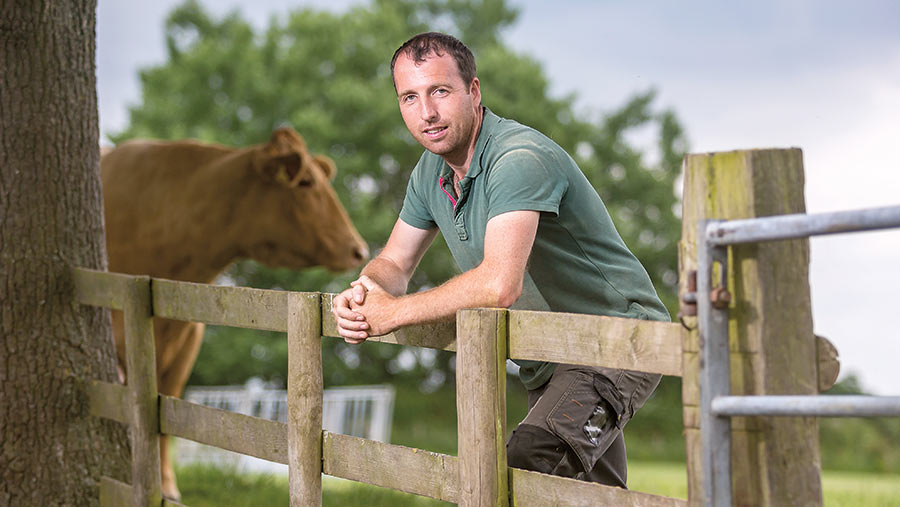 Herefordshire farmworker Dylan Williams has ambitious plans to expand both the sheep and beef enterprises at High Ash Farm, with ewe numbers set to increase from 620 to 900 pedigree Lleyn ewes and South Devon cattle to grow from 23 to 30.

To keep them all fed, there is also a plan to introduce rotational grazing and improve tired leys by ploughing to improve output of grass.

Mr Williams says specific planning for life without subsidies will be undertaken in the coming year, but he is already planning to sell meat direct to the public and pedigree breeding stock to other farmers. 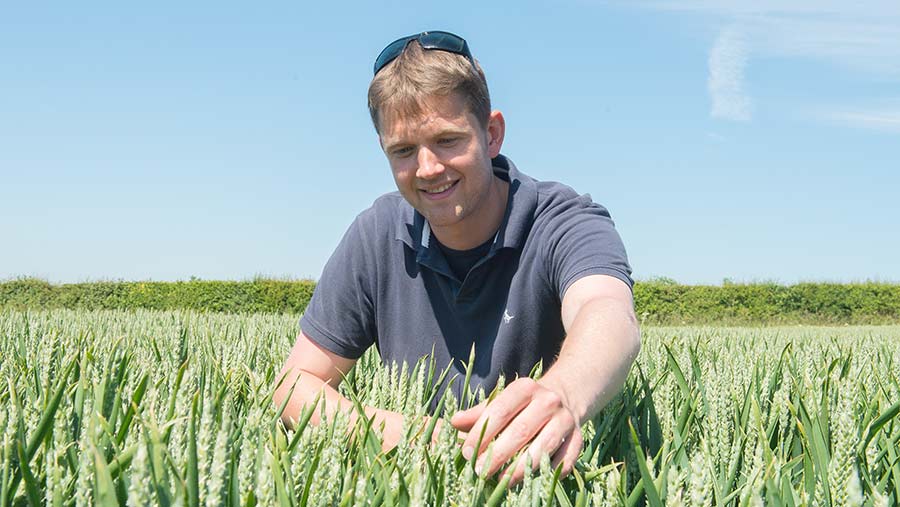 Fife beef and arable farmer Matt Waldie, who is manager of a business that runs agricultural operations across four large farms, is determined to spend 2019 improving soil health.

He plans to introduce more green cover crops into the rotation and negotiate more straw-for-muck deals to replicate the improvement in yield and soil health seen in one block where this approach has already been trialled.

While many businesses have seen success at reducing their variable costs, Mr Waldie says fewer have managed to cut their fixed costs alongside that.

That was the reason why the landowners who make up the company he manages came together – to share machinery and reduce labour requirements to be in a better position to manage after subsidy payments stop.

He says each farm will have to try to be at the top of their game to ride out whatever storm may be approaching. 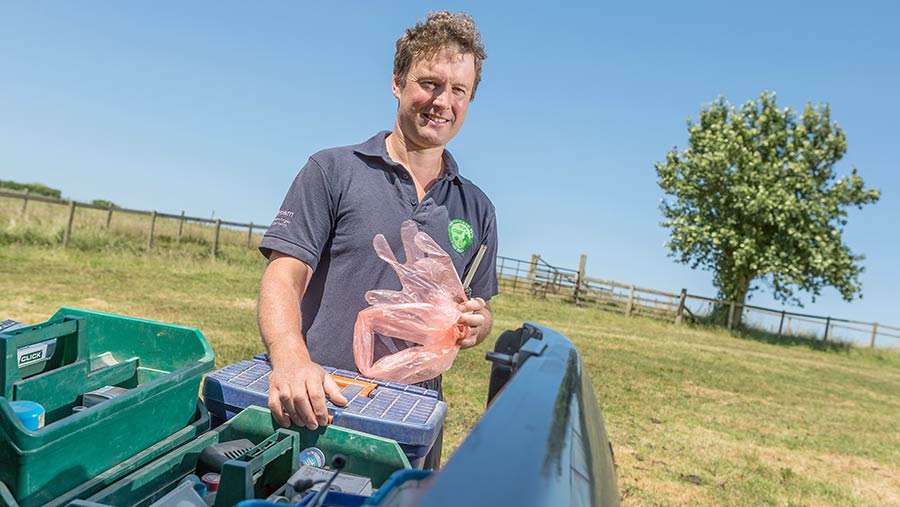 Oli Hodgkinson, director at mid-Wales veterinary practice Trefaldwyn Vets, says he is aiming to deliver a better work-life balance for his staff, as well as continuing to offer a high level of service to his farmer clients that is also good value for money.

Cutting variable costs by tackling the causes of common production diseases and increasing income by improving animal fertility should be the focus for livestock farmers, says Mr Hodgkinson.

He believes farmers should also make sure they are looking after one of the most vital components of every business – themselves – by not being afraid to ask for help.

The headlines may be full of doom and gloom about Brexit uncertainty, but our Farmers Weekly awards winners and finalists are still upbeat about the prospects for young people entering agriculture.

When asked: “Which agricultural enterprise would you advise a keen young farmer or agricultural graduate to get into next year?”, they came back with a variety of promising opportunities.

Pig farmer Helen Mutimer said the pig industry is attractive as, after starting out as a stockperson, there are a number of different areas keen and hardworking staff can progress into, whether or not they own land.

This was echoed by 2018 Pig Farmer of the Year judge Howard Revell, who said a straw-based pig finishing contract with a major processor has helped many young farmers to get established over the years. He sees continued opportunities in the future.

He said tackling common disease issues that can stunt the development of calves early in life is critical to produce a product that is attractive to fatteners.

Young farmer of the year Jacob Anthony points to the lower start-up costs that sheep farming offers compared with other enterprises as a route into agriculture for younger farmers with smaller budgets.

Although the sheep sector is one of the most vulnerable to a downturn following a hard Brexit, he said this may even present opportunities for some who are prepared to take the risk.

Farmer of the Year Craig Livingstone agreed, saying that setting up a sheep partnership with an agricultural business offered a win-win for all, with less exposure to high-risk break crops for the arable farmer.

Emily Hickman, who was a finalist for Agricultural Student of the Year, and has recently joined poultry processor Avara Foods, said the poultry industry is “exciting, progressive, dynamic and forward-thinking”.

She said she would definitely recommend others joining the sector as the continual learning and improvement made it very rewarding to be a part of.