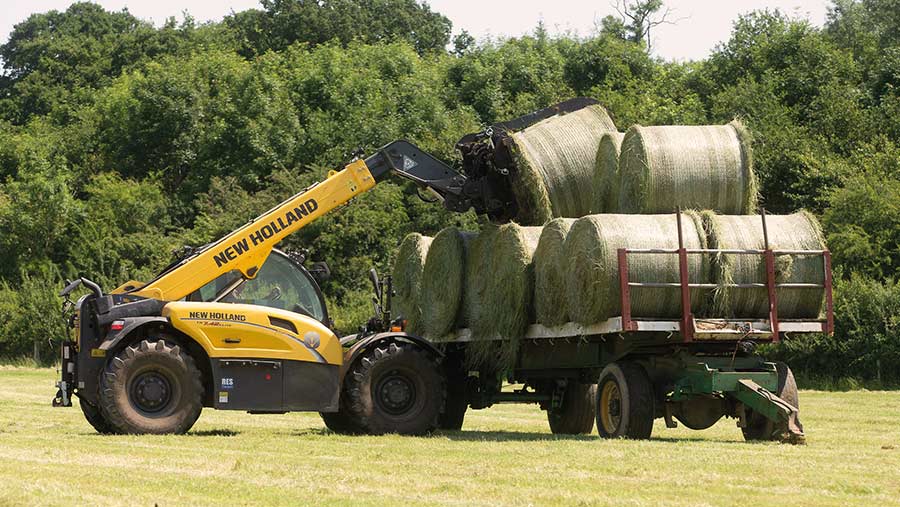 A Norfolk potato adviser who had to crawl for help after shattering his skull in a 9m fall is emphasising the need to stay safe when working alone on the farm.

Tim Kitson was walking across a platform in a potato store when it gave way last autumn. He fell on to the concrete floor, breaking his skull, wrist and thigh. Barely conscious, Mr Kitson tried to make an emergency call with his mobile phone, but there was no signal.

“I was inspecting the crop and went across the walkway,” he told Farmers Weekly. “It gave way and I went straight through it. I tried to make the emergency call, but there was no signal – even though it is meant to connect you to any available network.”

Despite his injuries, Mr Kitson managed to crawl out of the building to summon help, dragging himself across the floor and reaching up to open doors. Once outside, he screamed to alert other farmworkers, who called the emergency services. 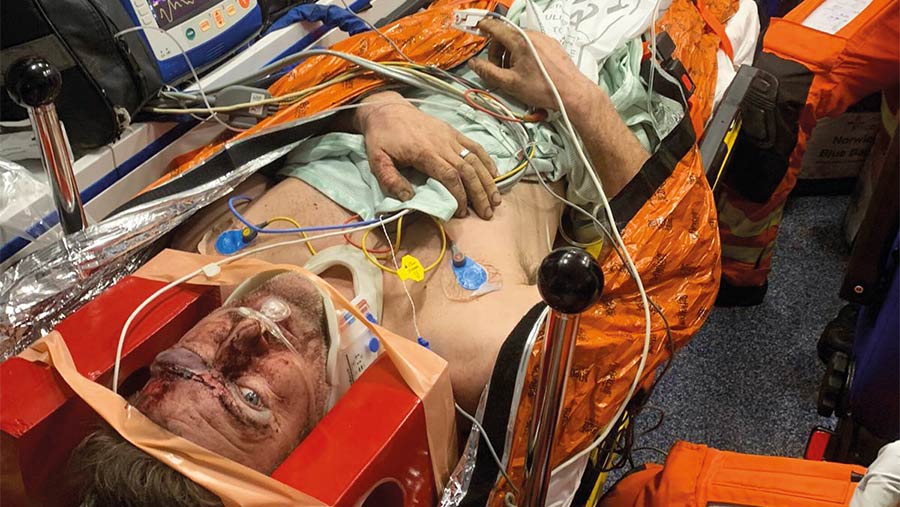 Tim Kitson broke his skull, wrist and thigh when he fell

Mr Kitson’s skull was fractured in five places. He suffered two breaks in his femur, broken bones in his wrist, a cracked rib and damage to his hip. Still recovering, he is gradually returning to work and highlights the importance of working safely in agriculture.

Now, when Mr Kitson is out on the farm, he uses a lone worker app on his mobile phone to tell people where he is. They can then call the emergency services and direct them to the exact location, should he ever have an accident again.

The app, called SafePoint, was developed by Callum Coombes, a Norwich-based entrepreneur and software engineer. Having grown up on a farm himself, Mr Coombes is well aware of rural isolation and made sure the app works without a mobile phone signal.

“We had been working on the SafePoint app for about two years,” he explained. “I read about Kit’s accident in the local newspaper – so I immediately reached out to him and said we should have a chat, because we were only 10 minutes down the road.”

People who sign up to SafePoint use the mobile app to register where they are going to be working and for how long. If they don’t check in afterwards within a certain time, the app automatically alerts somebody who can raise the alarm.

“We’re a Norfolk-based company, so we know all about bad mobile signals,” said Mr Coombes. “When you create the timed safety task, the alert is triggered from our servers, not from the device – so it takes the need for a mobile signal out of the equation completely.”

More than 200 people across a range of jobs and professions are now using the SafePoint app. A subscription costs £10 a person a month – but users agree it is a small price to pay for a simple piece of software that can save lives.

A free trailer safety app is helping to save lives by giving farmworkers quick and easy access to all necessary checks at the click of a button.

The Head to Tow app allows users to see full details of any daily, monthly and pre-season checks. It is the brainchild of Jane Gurney, who founded the Tilly Your Trailer campaign after her son, Harry, was killed in an accident while towing a trailer with defective brakes.

The campaign teamed up with many of the UK’s major trailer manufacturers to launch the app and to make safety information readily available to farmworkers – including harvest students and temporary staff.

App users can select their trailer and access safety checks directly through a manufacturer’s link – ranging from daily start-up safety checks before using the vehicle to regular preventative maintenance inspections, carried out based on time or mileage.

For more details, visit the Tilly Your Trailer website.

A free mapping app that gives the emergency services accurate directions to specific field or estate locations is proving popular with farmers.

Called what3words (W3W), the pinpoint mapping system has divided the entire planet into 3x3m squares, each with its own simple and unique three-word reference – making it much more accurate than using a postcode, particularly in rural areas.

The system has been adopted by many emergency services across the UK. It is still capable of finding the user’s location without a mobile signal – although a signal is required to send the location to others.

Routine checks before jumping in the cab

Similar to the safety checks used in other high-risk industries – including aviation and surgery – the app focuses on key checks to perform before each operation. It includes checks relating to the environment, personal factors, tractor status and performance.

The aim is to support farmers by encouraging them to run a series of routine checks both while planning a job, and right before they jump in their tractors. The app then provides practical advice to rectify any identified issues.

These include awareness of potential issues relating to visibility, route, and task management, encouraging the operator to stop, take care and take action to resolve reduce risks.