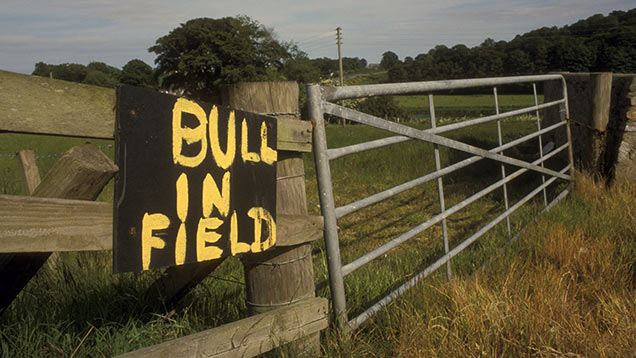 Thirty-three workers and four members of the public were killed on farms in the England, Scotland and Wales between April 2014 and March 2015, according to the Health and Safety Executive’s (HSE) latest fatality statistics, published on Friday (3 July).

About half of those who lost their lives – 16 – were either struck or run over by farm equipment, or crushed or trampled by cattle.

Transport and livestock are two of the five themes of Farm Safety Week, an annual initiative led by the Farm Safety Foundation, which runs from 6-10 July.

During five days of practical advice and guidance, industry groups will also focus on issues surrounding the use of machinery and falls from height, which accounted for seven deaths during 2014-15.

Although there were no child deaths on farms during 2014-15, in a typical year, one to two children are killed on UK farms.

“The death rate on Britain’s farms is over five times that of the construction industry, and 20 times higher than the all industries average.”
Rick Brunt HSE head of agriculture

Child safety continues to be a concern for the industry and for this reason it is the theme of the fifth Farm Safety Week.

Rick Brunt, HSE’s head of agriculture, said: “Deaths in farming have remained stubbornly high over the past few years and agriculture continues to have the poorest record of managing risk of any industry in Britain.

“The death rate on Britain’s farms is over five times that of the construction industry, and 20 times higher than the all industries average.

“The industry should recognise that these deaths are avoidable, and should not accept them as an inevitable consequence of farming.”