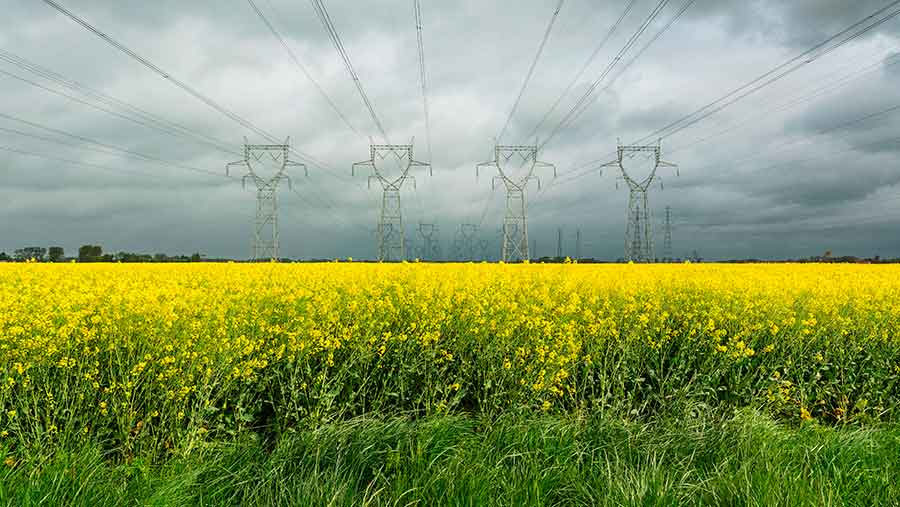 A new farm safety campaign aims to highlight the dangers of working near overhead power lines.

SP Energy Networks has teamed up with NFU Scotland and Police Scotland to raise awareness of the hazards of working close to electricity on farmland.

In the past year alone, there were 730 incidents on farmland involving electricity across central and southern Scotland, an increase of almost 40% on the previous year.

Meanwhile, although 88% of Scottish young farmers were aware of what the “Danger of Death” sign stands for, 49% were still not sure what to do in the event of a fallen power line, according to a survey by the network distributor, carried out this month in association with the Scottish Association of Young Farmers.

The partnership has been announced ahead of this year’s Royal Highland Show – to be held at the Royal Highland Centre, Ingliston from 23 to 26 June – where SP Energy Networks will run a series of pyrotechnic demonstrations to show the potentially life-threatening effects of coming into contact with electric lines.

The electricity distributor will demonstrate the potentially devastating consequences of a cable strike, showing what happens when machinery collides with an overhead powerline, and highlighting the dangers facing farmers, their employees and their families.

Guy Jefferson, director at SP Energy Networks, said: “Every year we see serious incidents involving electricity, many of which could have been avoided.

“Working near power lines can prove fatal if the right precautions are not taken. With the increasing height of modern farm machinery, the risk of contacting a power line is more likely now than ever before.”

“This can be simply getting out of a tractor the right way, securing a ladder correctly, or carrying out a risk assessment of the surroundings – for example, if they are undertaking irrigation work around electricity lines,” he added.