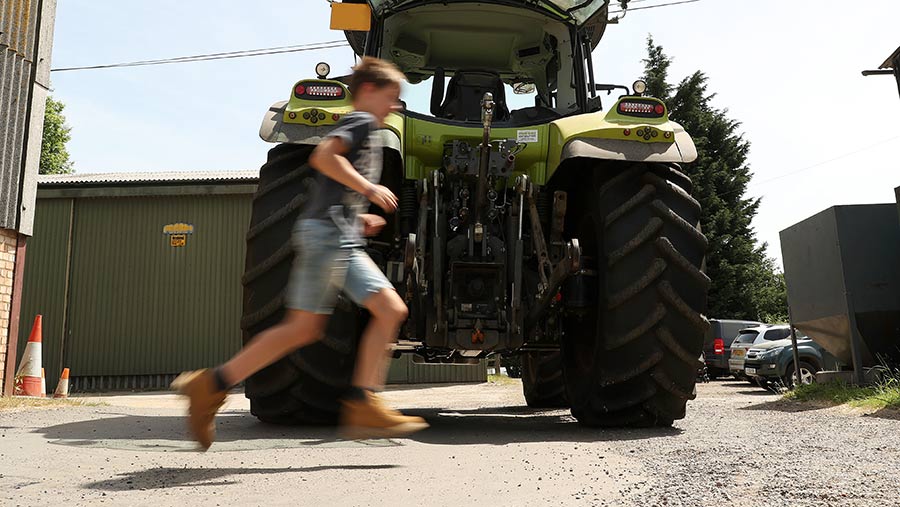 Keeping children safe on family farms is the focus of a special campaign this summer – a response to  agriculture’s appalling accident rate.

The campaign hopes to encourage changes in behaviour to reduce the number of fatalities and serious injuries involving children on UK farms.

It is being co-ordinated by the Farm Safety Partnership, which brings together more than 35 farming organisations.

The year-long campaign is focusing on a four different aspects of farm safety. It has already looked at farm transport (winter) and working safely with livestock (spring).

After focusing on child safety this summer, it will turn its attention in the autumn to preventing falls from height.

Over the past decade, 11 children, all under the age of 13, have been killed in farm workplace incidents, according to official statistics.

Most of these accidents involved farm vehicles – including fatalities in and around the farm yard.

Two children under 13 were killed while riding farm all-terrain vehicles (ATVs). A further seven children were run over or crushed by farm vehicles. Of these seven fatalities, five involved a child under four years old.

No other industry would allow children in the workplace, says Rick Brunt of the Health and Safety Executive.

The challenge is to change ingrained attitudes which wrongly suggest it is acceptable for children to play on farms and ride on – or even drive – farm machinery.

It has been illegal for children to ride on or drive a tractor since 1958, he adds. “The industry should be aware of that. Legislation was passed 61 years ago and yet we still see it happening. We need everyone to call it out and say it is unacceptable.”

Farm Safety Partnership chairman and NFU vice-president Stuart Roberts admits he finds it hard to tell his own children they are not allowed to ride in the tractor cab – especially as he once wrongly allowed one of them to do so.

“It was illegal, it was unsafe and it was stupid, but I did it,” says Mr Roberts. “It is really difficult now telling him at 10 years old that he can’t do it any more.

“It is really tough having him crying his eyes out in front of me because I won’t let him do what he used to do.”

The campaign is encouraging other farmers to do the same – keeping children away from machinery and the farm yard – and undertaking a full risk assessment with preventative measures to stop children entering hazardous areas.

Illegal and unsafe to allow kids in tractors

Many farmers believe young children can safely ride in the tractor cab – but experts say it is dangerous as well as illegal.

Children are not safe simply because they are inside the cab, the Health and Safety Executive says.

They can, and do, fall from cabs through doors which open accidentally, though rear windows, or during an emergency. 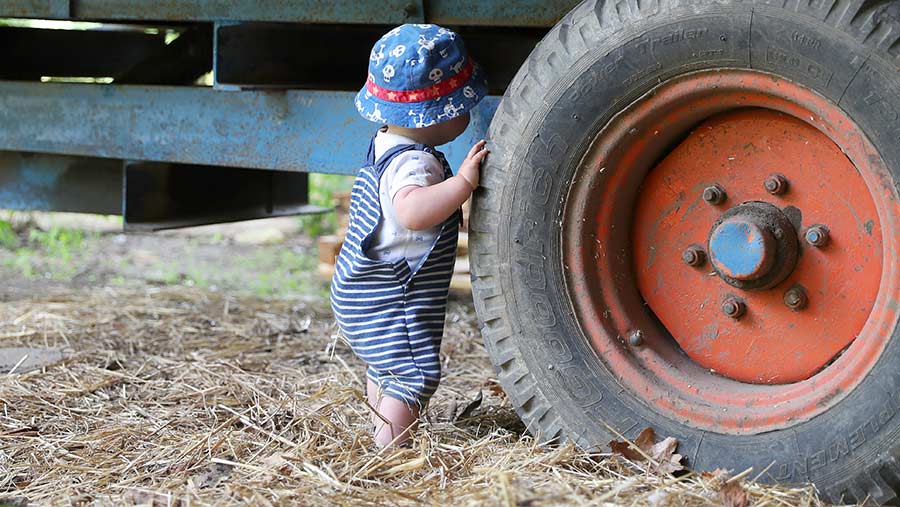 In one incident, a young girl was thrown out of a cab when the tractor went over a bump, causing her to lose her balance, strike the door handle and fall through the opening door.

She needed 30 stitches on her head and sustained a fractured pelvis, a punctured bladder and temporary paralysis.

When children do leave the cab, they are vulnerable to being run over by the machine as it moves off.

If the operator leaves them inside the cab they can pose a risk by working controls such as parking brakes and hydraulic levers.

‘Unthinkable to lose a child or have them injured’

Summer is a particularly dangerous time for children on farms.

The long school holiday coincides with one of the busiest times of the year – often with contractors and harvest staff operating potentially dangerous vehicles and machinery at speed.

In Northern Ireland, a Be Aware Kids Child Safety on Farms campaign aims to eradicate fatal and serious accidents through an extensive education and outreach programme – including a much-praised series of school visits.

More than 75 schools have been visited since Easter with more than 10,750 children attending the presentations.

“Keeping children safe on farms is one of those things that everyone agrees on,” says HSE Northern Ireland chief executive Robert Kidd.

“It is simply unthinkable to lose a child or have them seriously injured in a farming incident.

“Those who have experienced this bear unimaginable pain for the rest of their lives. But it needn’t be this way in the future.

“We can take action to keep our children safe and we must do everything we can to prevent our children being injured or killed in farming incidents.”

Farm Safety Partnerships across the UK will continue to do all they can, but Mr Kidd believes the onus must be on parents to really make farms safe. He adds: “Please make that change today and prioritise your family’s safety over everything else.”

Ulster Farmers Union president Ivor Ferguson says: “Children are naturally curious. Farms, and in particular working farms, can be tempting places for them to play and often children do not understand the dangers a farm can present.

“It can be very difficult to both supervise children and work on the farm. With this in mind, parents should think about preventative measures they can put in place to help protect children from the dangers.

“These measures include providing children with a securely fenced off play area, ensuring unattended vehicles are kept locked, and discouraging children from using bales of any description for playing.”