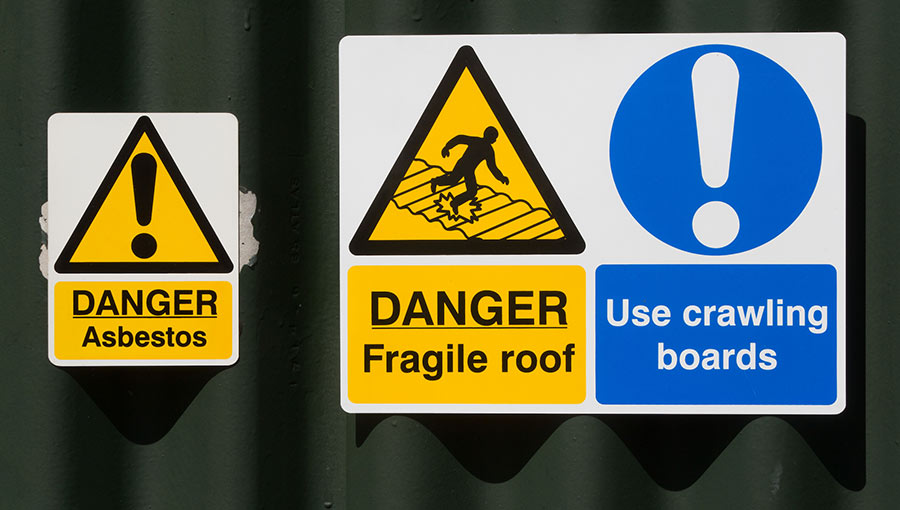 Farm contractors have been fined after a worker plunged 4m (13ft) to the ground while working at height.

A 22-year-old worker suffered three fractured vertebrae, a displaced ribcage and a fractured heel as a result of the fall, Carlisle Magistrates’ Court heard.

The worker was under the direction of John Parker, trading as J R Parker Agricultural Building and Landscaping.

John Parker had been subcontracted by local firm Michael Mudd Ltd to repair the roof of the sheep shed at a farm near Orton, Penrith, on 23 February 2017.

An investigation by the HSE found the work lacked proper planning and that no measures had been put in place to protect against falls from height.

John Robert Parker, of New Village, Ingleton, in north Yorkshire, pleaded guilty to breaching the Work at Height Regulations 2005, and was fined £2,000 with court costs of £971.80.

Michael Mudd Ltd, of Park View, Marthwaite, Sedbergh pleaded guilty to breaching the Health & Safety at Work Act 1974 and was fined £11,000 with costs of £851.

Speaking after the hearing, HSE inspector Matthew Tinsley said: “This incident was avoidable. It resulted in serious injuries, but a fall from this distance could easily have resulted in a death.

“Roof work should always be properly planned with measures put in place to prevent people falling and contractors should have sufficient knowledge, skills, equipment and experience to work safely at height on farm buildings.”

According to the HSE, falls from height are the second-highest cause of death in agriculture – every year at least eight people die falling from a height.