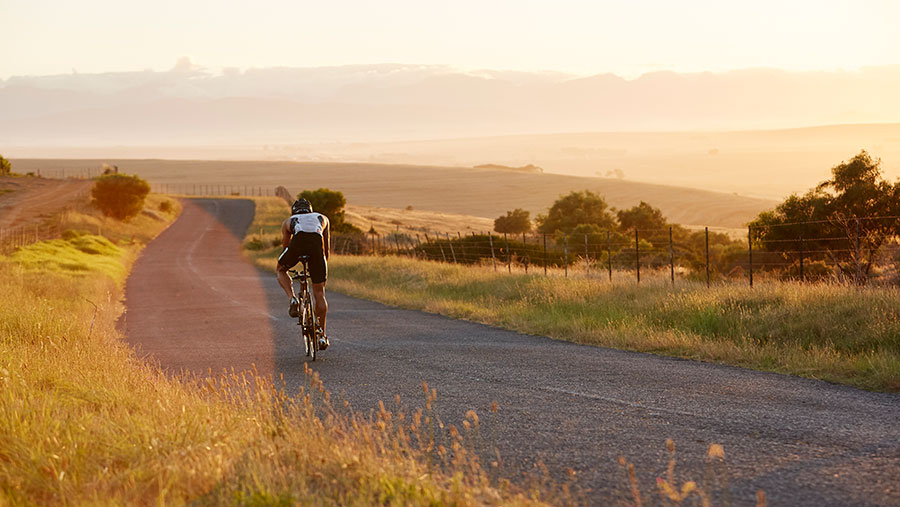 Farmers are being warned of the need to be extra vigilant in vehicles during harvest, with increased numbers of cyclists expected on the roads.

Figures show 99 cyclists were killed on UK roads in 2018 – 48 of these in rural areas – and rural insurer NFU Mutual’s claims involving agricultural vehicles and pedal bikes totaled more than £22m in the same year.

According to British Cycling, there has been a huge upsurge in the popularity of road cycling since the 2012 Olympics in London.

Cyclists in the countryside may be unaware of the dangers, whether that’s from narrow, winding roads with no markings, high hedges, soft verges or those posed by harvest vehicles.

“They may feel free, safe and relaxed, but their perceptions are often unfounded,” said a British Cycling spokesman.

Drivers of farm vehicles need to be more aware of cyclists, too, he added. “While sharing narrow country roads at busy times may be problematic for you, it can be deadly for cyclists facing a tractor.”

“There’s definitely a lot more cyclists on the road these days,” said North Wales farmer and keen cyclist Will Evans.

“There’s a lot more post-lockdown, too, as people are so keen to get out and exercise in the countryside.

“If I even do a short journey on the tractor, I can encounter seven or eight bikes.

“There’s probably a lack of awareness – and learning to be had – on both sides. It’s all about having consideration for other road users. A bit more dialogue would go a long way.

“You never know what’s around the next corner and it only takes a second to have an accident,” said Mr Evans.