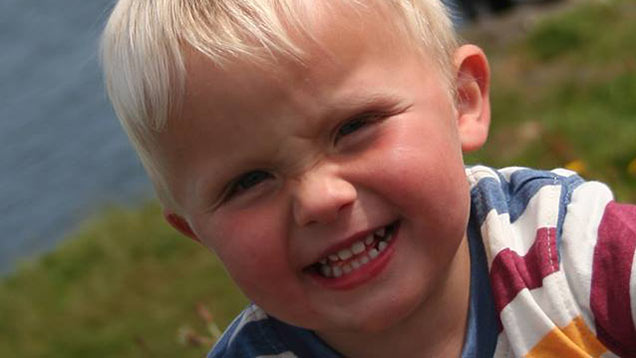 The family of a toddler killed in a collision with a vehicle on a Cumbrian farm has paid tribute to their “little man” who “loved watching Peppa Pig”.

Jake Kenneth Fawcett, from Seascale, suffered serious injuries after being hit by a vehicle on a farm in Gosforth, west Cumbria, on Saturday afternoon (21 March).

The two-year-old was taken by air ambulance to the Royal Victoria Infirmary at Newcastle, but died shortly after his arrival.

In a statement released by Cumbria Constabulary, his family said: “Jake was a typical two-year-old who enjoyed getting into mischief with his twin sister Phoebe and older sister Annie.

“He loved watching Peppa Pig, playing with his cousins and dunking biscuits in people’s tea.

“Jake will be dearly missed by all who knew him. We would just like to thank the community for the amazing support and kind words. Shine bright little man.”

A police investigation into the circumstances surrounding the incident is under way.

A spokeswoman for the Health and Safety Executive said it had been made aware of the incident and it was making initial enquiries.