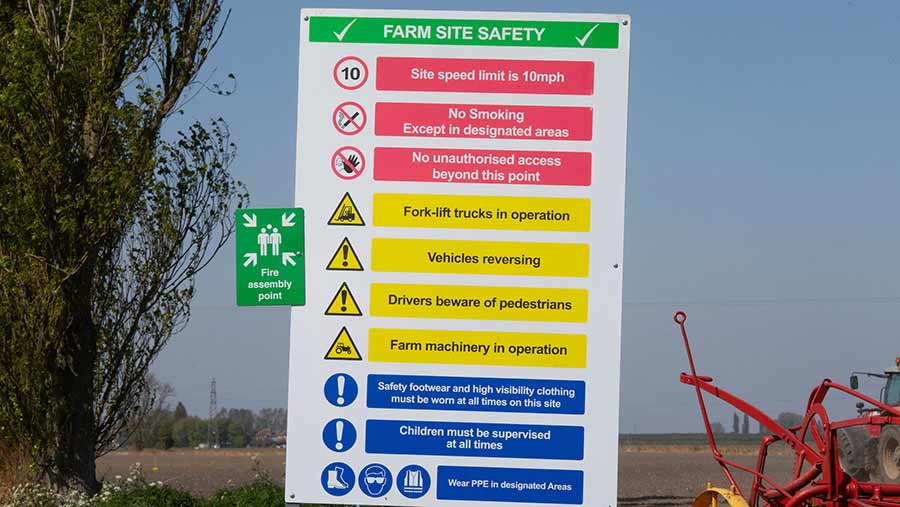 The number of deaths on British farms in the past year has almost halved compared with the previous 12-month period. But campaigners have warned the industry is not working fast enough to fix its poor safety record.

Initial figures from the Health and Safety Executive (HSE) show there were 22 work-related farm deaths between April 2021 and March 2022, down from 41 deaths the previous year.

Only the construction industry had more fatal injuries in the past year, and farming had the highest rate of deaths for every 100,000 workers.

The figures have been released by the HSE ahead of Farm Safety Week (18-22 July), when the Farm Safety Foundation will share the full HSE Fatal Injuries in Agriculture, Forestry and Fishing in GB report.

Farm Safety Foundation manager Stephanie Berkeley said: “It is encouraging to read that the number of fatal injuries in agriculture has almost halved compared with last year.

“But it still means there were 22 deaths on our farms and we can all agree that one death in the industry is one too many.

“We are starting to see safety improvements in some areas, but this behavioural change is slow – too slow for those 22 families.”

This year is the 10th anniversary of Farm Safety Week, which now includes more than 400 partners in five countries supporting better safety in agriculture.

The week will see the launch of a new farm safety video on Monday (18 July), followed by the publication of various articles on farm safety for sharing, plus a special panel discussion at the Royal Welsh Show on Tuesday (19 July).

Anyone creating and sharing farm safety content on social media throughout the week should use hashtag #FarmSafetyWeek, and tag @yellowwelliesUK.

Sarah Albon, HSE chief executive, said: “While Great Britain is one of the safest countries in the world to work, today’s figures show we must continue to ensure safety remains a priority.

“Every loss of life is a tragedy, and we are committed to making workplaces safer and holding employers to account for their actions, as part of our mission to protect people and places.”