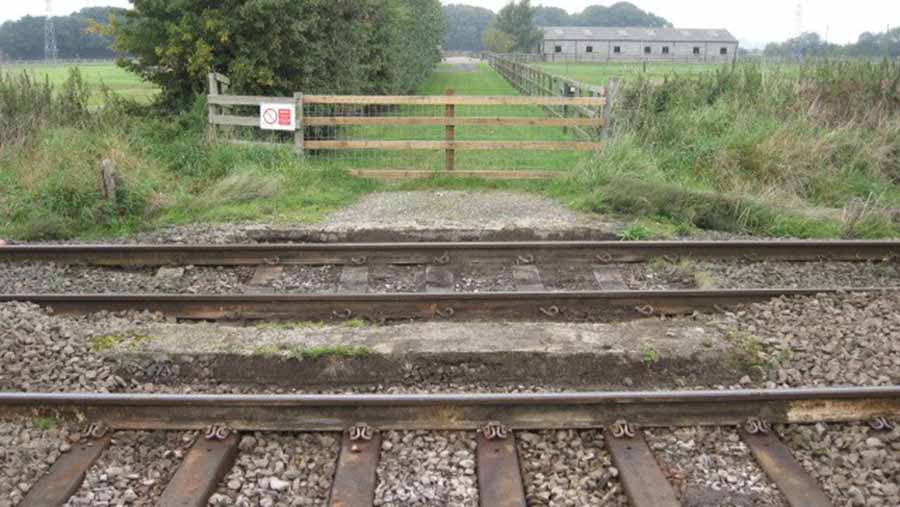 A level crossing at a farm where an elderly driver died after his car collided with a rush-hour train has been permanently closed.

Eric Ireland, from Moorsholme, Scampton, Lincolnshire, died after his car was struck by a train travelling at 70mph as he crossed the railway at Ivy Lea Farm in 2014.

A coroner ruled that the 77-year-old retired farm hand’s death in 2014 was accidental because he had not called for permission to cross the line, which he had been using for 50 years.

Network Rail said it had struck an agreement with the landowner at Ivy Lea Farm to close the private crossing and remove it from the line at Rillington, between York and Scarborough.

Robert Havercroft, Network Rail’s level crossing manager, said: “The removal of Ivy Lea Farm level crossing is something we’ve worked towards for several years and I am pleased that we reached an agreement to remove the crossing equipment entirely.”

Meanwhile, three other private farm crossings on the York to Scarborough line near Haxby and Barton-le-Willows, have been legally closed with the agreement of the landowners.

Last month, Network Rail launched a joint campaign with the NFU to remind farmworkers to stay safe during harvest, after statistics revealed that 2016 saw the highest number of level crossing incidents in the past four years.

NFU vice-president Guy Smith said: “For farmers, crossings are a crucial way to access their land. We are delighted to have the opportunity to work alongside Network Rail to improve safety at level crossings.”

The campaign reminds farmers to:

Speak – If there is a phone, speak to the signaller before and after you cross

Everyone – Check everyone knows these instructions to get across safely, every time