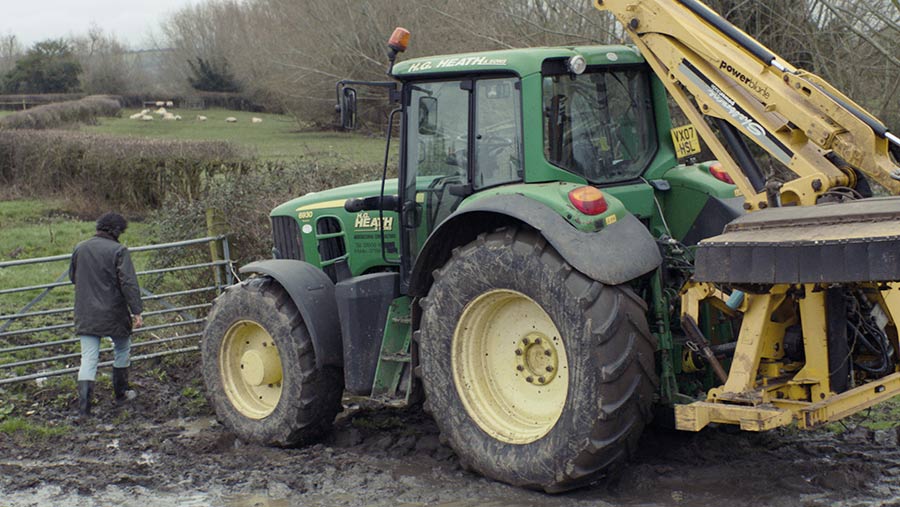 Organisers of the annual Farm Safety Week are warning of complacency following a year of reduced fatalities, adding that the impact of the coronavirus lockdown on farmers’ mental health could make accidents more likely.

The latest report from the Health and Safety Executive (HSE) on agriculture confirms that there were 20 on-farm fatalities in the 12 months to March 2020, down from 32 the previous year and seven below the five-year average.

See also: Read all our health and safety advice in one place

But other HSE data show there have already been a further eight deaths in April and May alone – suggesting that the improvement could be short-lived.

Those who lost their lives included Richard Tudor, 45, who “died in an overturning vehicle” near Welshpool, Powys on 3 April; David Hardwick, 68, who “came into contact with cattle” in the Cotswolds on 25 April; and Martyn Richardson, 61, who “fell from height” near Stoke-on-Trent, Staffordshire on 15 May.

Stephanie Berkeley, who manages the Farm Safety Foundation, the charity behind the campaign, said every one of these incidents was a family tragedy.

And she warned that, with coronavirus adding to the mental strain this year, farmers needed to maintain their focus on safety.

“Covid has had a definite impact on the industry, in particular the mental wellbeing of farmers,” she told Farmers Weekly.

“Although they have been recognised as key workers, many of the shows and events farmers would normally go to – such as the Royal Welsh Show this week – are just not there anymore, so their normal means of relaxing and escaping have been taken away from them.

“Some will have gone straight from lambing into calving, into silaging, and now into harvest without a break. It’s not surprising that rural charities are already seeing an increase in calls to their help lines.”

The other big impact of coronavirus lockdown has been the increased number of children on farms who would otherwise have been in school – and this is another key feature of this year’s Farm Safety Week.

“Three children have lost their lives on British and Irish farms in the last month,” said Ms Berkeley.

“We knew that this was going to be a danger, and produced a guide to parents at the start of lockdown. Farms are not playgrounds and the fact there are three children dead in the last month is just not on.”

One of the latest offerings showed a young man being wrapped up by a colleague in a tractor-mounted silage bale wrapper – something Ms Berkeley described as “horrific”.

“Why is that deemed acceptable? Why are they trying to kill themselves to get extra likes on social media? It is only a matter of time before there is a tragedy as a result of that behaviour.”

Meanwhile down on the farm pic.twitter.com/Z61fwKSDQ3

Overall, however, farm safety experts are encouraged by the latest figures showing reduced fatalities, detecting a change in people’s attitudes and better management of their risks.

HSE head of agriculture Adrian Hodkinson said: “It’s fantastic to see more use of working platforms, more hi-vis clothing, that ATV users are getting trained and wearing helmets, and better cattle handling facilities are being installed.

“We need everyone to play their part, to change their own behaviours , to do things the right way, and challenge poor practices whenever they are seen.”

The development of new technologies – such as smartphone apps that help drive farm safety – is certainly playing a part, while young people coming into the sector are showing greater awareness of health and safety issues.

Stickers to get message across

NFU members in the South East region are able to apply for specially designed stickers to go on the back of their trailers, intended to enhance road safety and remind the public of the role farmers play in feeding the nation.

The stickers, which are in the shape of a loaf of bread and advise drivers to keep their distance, have been produced to coincide with NFU’s #YourHarvest campaign and Farm Safety Week. 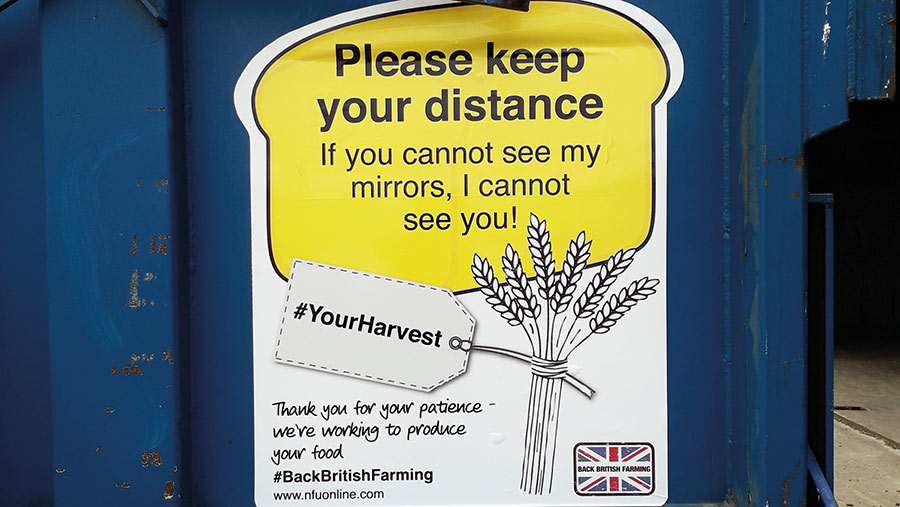 “These extra-large loaf-shaped stickers not only convey an important safety message to other road users, but they also help people to connect the harvest vehicles they see on the roads with the food we produce,” said NFU national crops board chairman Matt Culley.

To place an order for up to three stickers, call 01730 711950, quoting a membership number, or email south.east@nfu.org.uk

• Follow the Safe Stop procedure every time you leave the cab
• Always wear a seat belt, even on short journeys
• Make sure your vehicle is roadworthy before taking it out
• Make your farmyard a safe yard

• Select and use well designed and maintained handling facilities
• Never enter an enclosure with a loose bull or when an unrestrained cow is with a calf
• Remove aggressive animals from the herd
• Wherever possible, separate livestock from the public

• Avoid roof work – do as much as you can from the ground
• Use a professional contractor with the knowledge, skills equipment and experience to safely work at height on buildings
• Where work at height cannot be avoided, plan ahead to make sure you have the right equipment and training
• Being lifted on the forks or bucket of a telehandler is illegal – always use a mobile elevating work platform or scaffold.