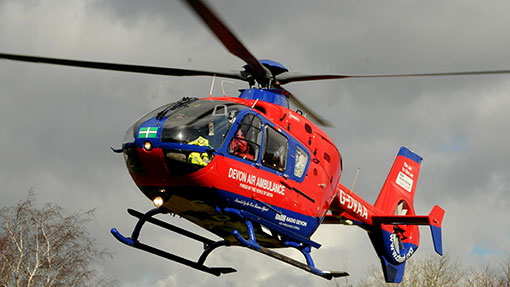 An investigation is under way after a farmer was crushed to death in a road traffic accident.

The farmer, who had been working in a field in the Sidmouth area of Devon, was killed when the trailer his tractor had been towing suddenly overturned crushing him.

Police, the fire service, the ambulance service and an air ambulance were called to the scene at Northmostown near Sidmouth, shortly before 12.50pm today (Monday).

A spokesman for South Western Ambulance Service said the farmer, whose name and age have not been released, died at the scene from his injuries.

“The farmer was crushed underneath the trailer, but we do not know how the accident happened,” added the spokesman.

“Tragically, he died at the scene. A police investigation is under way into the circumstances of the crash.”

Police have closed Pinn Lane near to the scene of the accident and it is likely to be closed for some time yet.