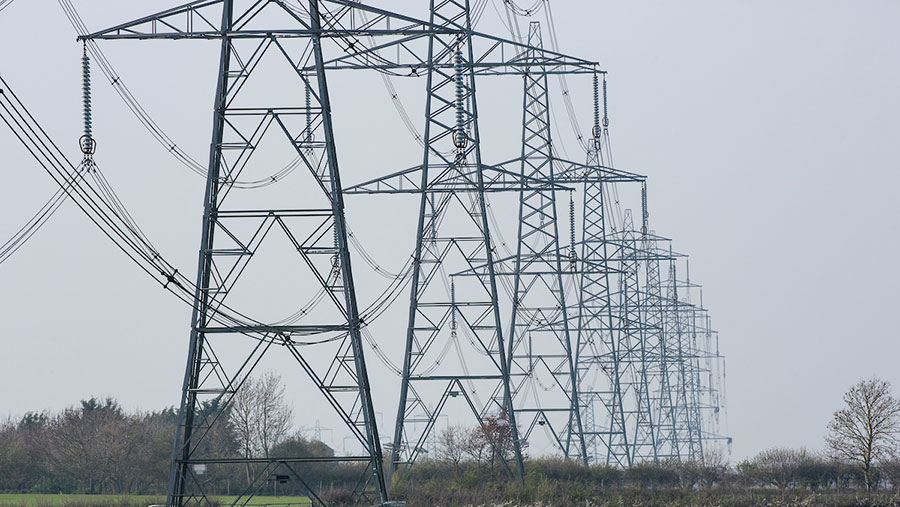 An investigation is under way after a farmer died following a collision with an electricity pylon.

The 32-year-old man, who has not been named, hit the powergrid infrastructure while he was driving on farmland in the Immingham area of north-east Lincolnshire.

The fatal accident happened at the site of the former North Killingholme airfield, near Grimsby, on Thursday 5 March.

See also: How to work safely near overhead power lines on farmland

An investigation involving Humberside Police, Northern Powergrid and the Health and Safety Executive (HSE) has been launched to try to establish what happened.

Northern Powergrid said its thoughts and condolences were with the deceased man’s family and friends at this sad time.

It said in a statement: “At around 2.30pm on Thursday, we responded to a power cut affecting 1,908 customers in Immingham.

“Our teams attended, alongside the emergency services, who are now investigating the death of a 32-year-old-man on farm premises.

“Our thoughts and condolences are very much with the gentleman’s family and friends at this sad time.

It added: “Our own initial investigations indicate there was no direct contact with any live electrical equipment on our network and we will continue to support the investigating authorities who are working to establish exactly what happened.

“In relation to the power cut, we ensured that the area of network was safely isolated.”

A spokesperson for Humberside Police said: “Enquiries are under way into the death of a 32-year-old-man on farm premises in the Immingham area on Thursday 5 March.

“We are working with the HSE to establish the circumstances of the death.”

On average, one or two people working in the agricultural industry die from electrocution caused by touching power lines with machinery.

In the five years to 2018, there were 1,140 near-misses involving machinery and overhead power lines, according to the Farm Safety Partnership.

Every year, there are about 225 reported incidents where farm vehicles and machinery make contact with overhead lines.