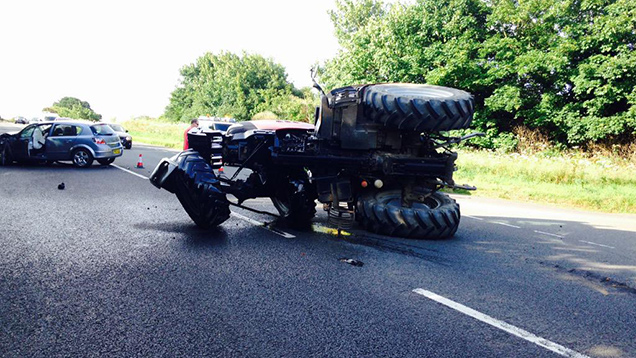 A tractor driver had a lucky escape after his vehicle was in a collision with a car on the A3075 road in Cornwall.

The Case MX10 four-and-a-half-tonne tractor, registered to a farmer in Camborne, ended up on its side following the crash.

Devon and Cornwall Police said the dramatic incident at the junction to Rejerrah, near Newquay, involved four vehicles, including a light blue Vauxhall Astra, the Western Morning News reported.

The tractor driver escaped serious injury in the collision and walked away with no more than cuts and bruises.

No injuries were reported to police.

The A3075 was partially blocked while workers cleared the vehicles and debris and oil spilt on the carriageway.