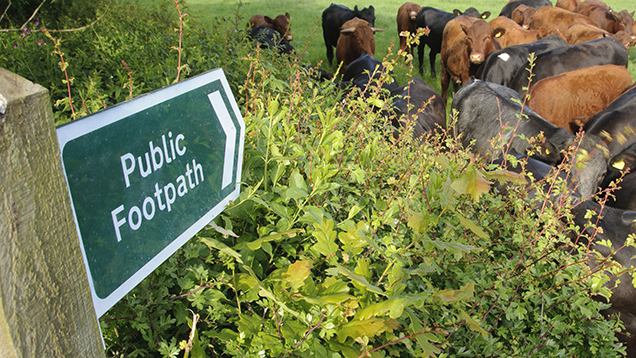 A farmer has been ordered to pay £20,000 after a walker sustained life-threatening injuries when she was trampled by cows while walking on a public footpath.

Emma Smith, 40, from St Martin, near Helston in Cornwall, suffered punctured lungs, broken ribs and spinal and face fractures in the incident at Well Field, Nance Farm, in the village, on 18 June 2013.

She managed to raise the alarm at a nearby property, from where she was taken to hospital by ambulance.

Truro Magistrates Court heard on Tuesday (24 March) that the attack also left Ms Smith with deep cuts, wrist fractures and extensive bruising to her face and body. She spent five weeks in critical care and nine weeks in hospital.

An investigation by the Health and Safety Executive (HSE) found that the path was well used by local people.

However, farmer Jonathan Bryant had not assessed the risk to members of the public from putting cows with calves in the field.

Speaking after the hearing, HSE inspector Georgina Speake said: “Emma has been left with permanent injuries and was very fortunate not to have been killed in this totally avoidable incident. Cows with calves are naturally protective and can see people as a threat.

“Farmers must be aware of the risks to people who are entitled to use a public footpath. Farmers and landowners should consider how this risk can be reduced, such as using fencing, signs, temporary bypasses or moving cows with calves away from fields with public rights of way.”

Further information on cattle and public access can be found on the HSE website by downloading the information sheet Cattle and Public Access in England and Wales: Advice for Farmers.