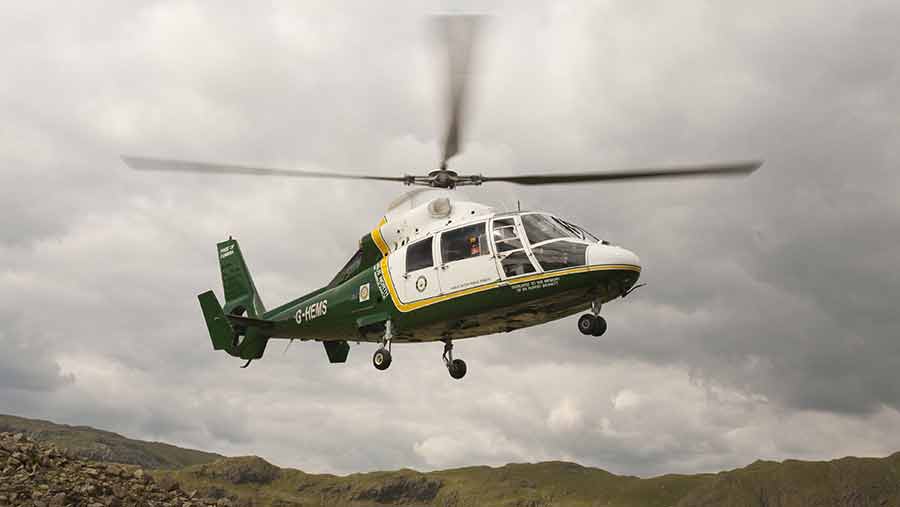 A farmer has been airlifted to hospital after being seriously hurt by cattle.

The victim, aged in his 50s, suffered head, neck, back and chest injuries on a farm in Cockfield, near Bishop Auckland, County Durham.

Paramedics from the Great North Air Ambulance Service (GNAAS) were called to the scene at 11.30am on Sunday (21 February).

They treated the victim at the scene and then airlifted him to the James Cook Hospital  in Middlesbrough for further treatment.

Doctors have described his injuries as serious, but his condition was described as “stable”. He was later transferred to a speciality treatment unit.

A GNAAS ambulance spokesman said the farmer had been knocked over and kicked in the head by cattle.

The spokesman said: “GNAAS was called to assist North East Air Ambulance Service with a farmer that had been knocked over and kicked in the head by cattle on a farm.

“The patient was treated on scene by the GNAAS team and flown to James Cook where he was handed over in a stable condition.”