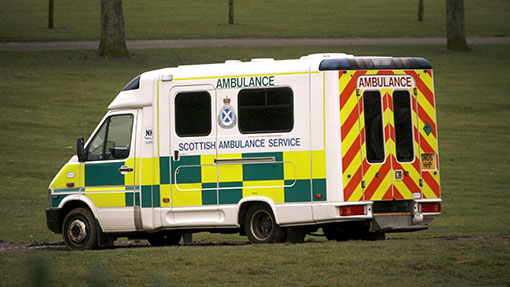 A farmer has been rescued after he became trapped under a forklift truck on a farm in Scotland.

Emergency services rushed to the farm early on Wednesday morning to free the man.

The vehicle had overturned on an embankment, on Orie Farm, Freuchie in Fife, east Scotland.

A spokesman for the Scottish Fire and Rescue Service said: “It was a diesel forklift truck that had capsized on an embankment, and the driver was trapped under it.

“A male casualty was given first aid at the scene and then was tended to by ambulance personnel.”

The spokesman added that no cutting equipment was required during the rescue, but that the Scottish Ambulance Service was called as a precaution.

In total four fire trucks and a heavy rescue unit were sent, but it was two crews from Glenrothes that came to the man’s aid.