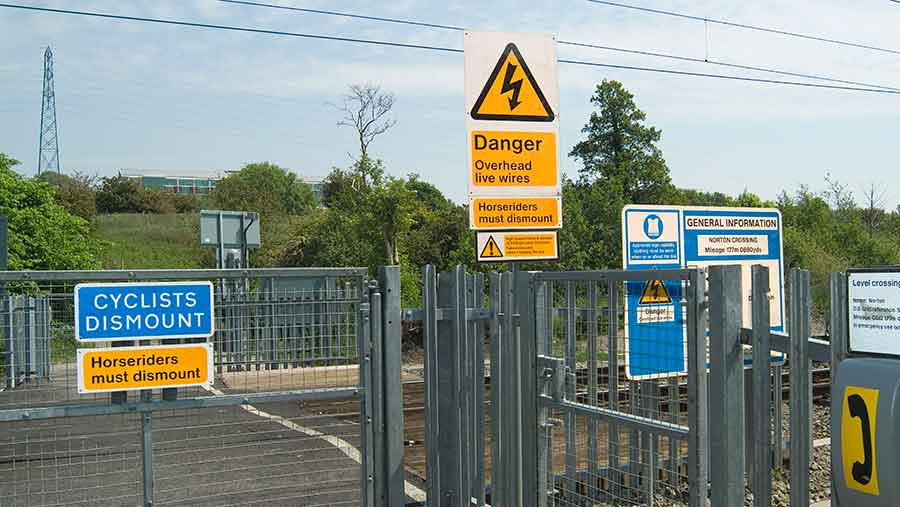 Farmers and farmworkers are taking unnecessary risks when using unmanned railway crossings on their land, safety experts have warned.

The Institution of Occupational Safety and Health (IOSH) called on agricultural workers to avoid a potentially catastrophic incident while working near manually operated rail crossings.

More than half of all near-misses between trains and vehicles are at unmanned level crossings, where the user must open and close a gate or lift a barrier.

Alan Plom, vice-chair of the IOSH Rural Industries Group, said: “There is a worrying lack of awareness of the simple precautions that must be followed at user-worked crossings.”

Agricultural workers, contractors and other visitors to farms were particularly at risk because they commonly encountered unmanned crossings, said Mr Plom.

“There have been a number of recent events that have highlighted the dangers.

“Not only are trains faster nowadays, modern farm machinery is also a lot bigger and quieter, which can increase the risk of incidents occurring.”

The Rail Safety and Standards Board (RSSB) has identified level crossings as one of its 12 strategic priority areas where improvements can be made.

In April this year, the driver of a tractor and trailer had a narrow escape when the vehicle was hit by a train at 84mph on an unmanned level crossing at Roudham, near Thetford, Norfolk.

The tractor driver was taken to hospital with serious injuries.

It later emerged the driver had phoned the operator immediately before the accident to ask for permission to cross the track and had been given the all-clear.

Earlier this month, a man was airlifted to hospital after his Land Rover was hit by a King’s Lynn-to-London train on a level crossing on farmland near Stretham, Cambridgeshire.

Keith Morey, chairman of the IOSH railway safety group, said: “People do not necessarily understand how dangerous a user-worked crossing can be.

“If you go back to the early railway, people had tracks built across their land and these crossings were a way of still having access to it.

“Where there was once a 40mph steam train using the track though, you now have an 80mph diesel or electric-powered express engine.”