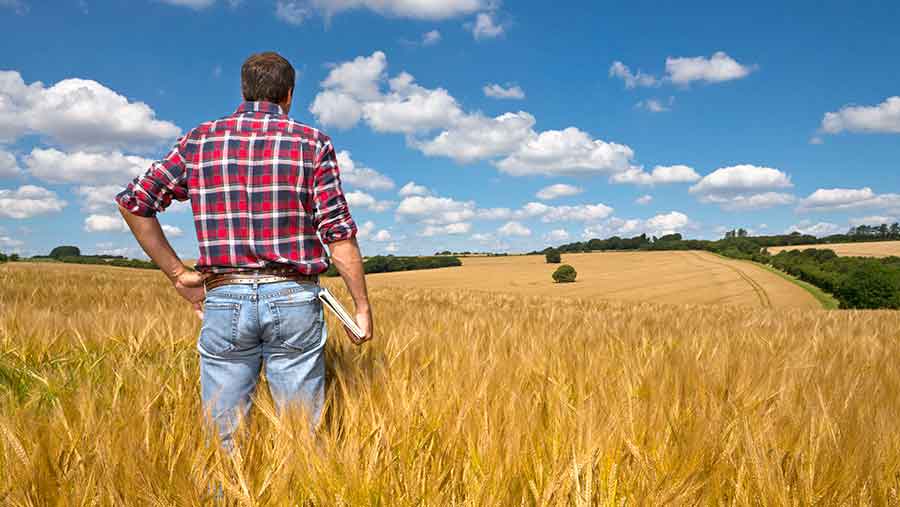 Farmers and farmworkers are being targeted in a new campaign designed to encourage men to protect themselves from the sun, as rates of skin cancer continue to rise sharply, especially in the south of England.

The new campaign – “Cover Up, Mate” – has been launched by NHS England in response to a massive increase in the number of people suffering from malignant melanoma – with men who work outside identified as the most susceptible.

Latest statistics from Cancer Research show that, since the late 1970s, skin cancer rates have more than quadrupled in Great Britain.

The increase is largest in males, where rates have increased more than sixfold.

“Farmers, builders, sportsmen and gardeners are all being targeted [by the campaign], because of their prolonged exposure to the sun,” said a statement. “Men are a particular focus because research indicates they are much less likely than women to slap on the sunscreen.

“Sunburn increases your risk of skin cancer, which can develop slowly over time. So while sunburn might feel better in a few days, it may have done long-term damage, which could be fatal.”

NFU South West regional board chairman, James Small, said: “Working in the rough, tough world of farming, we often want to brush things off and just get on with the job.

“But there are times when that kind of resilience can come back and bite you.

“We owe it to ourselves and our families to take the risk of skin cancer seriously. Above all, if you are bothered by something, do not dismiss it – get it checked out.”

The counties of Cornwall, Devon, Dorset, Somerset and Hampshire all have incidence rates way above the national average – ranging from 40% to 59% above average.