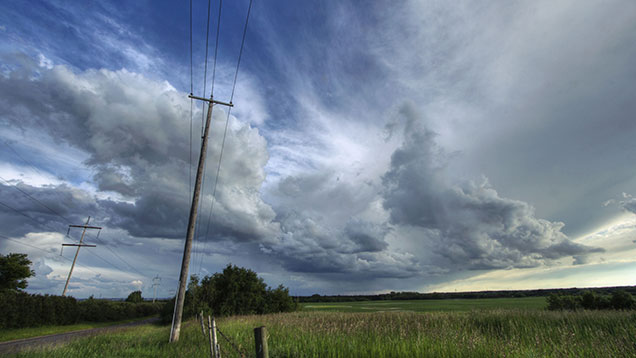 A farmworker has died after his tipper truck collided with a 11,000 volt cable in West Lothian.

The worker, a 27-year-old man, suffered serious injuries as a result of coming into contact with the power cable and died at the scene.

It is believed the deceased was a Romanian migrant worker who had only been in the country for a few days.

The incident happened at a yard at Humbie Holdings, near Kirknewton, at about 5.40pm on Wednesday (3 June).

Witnesses said the tipper bed was raised when it struck the overhead cable. However, it is understood the worker was killed when stepping clear of the vehicle.

Police Scotland and the Health and Safety Executive (HSE) in Scotland is investigating.

A Police Scotland spokesman said: “Officers and the Scottish Ambulance Services attended, however, despite best efforts of paramedics, the man was pronounced dead at the scene.

“There are no suspicious circumstances and a report will be sent to the procurator fiscal.”