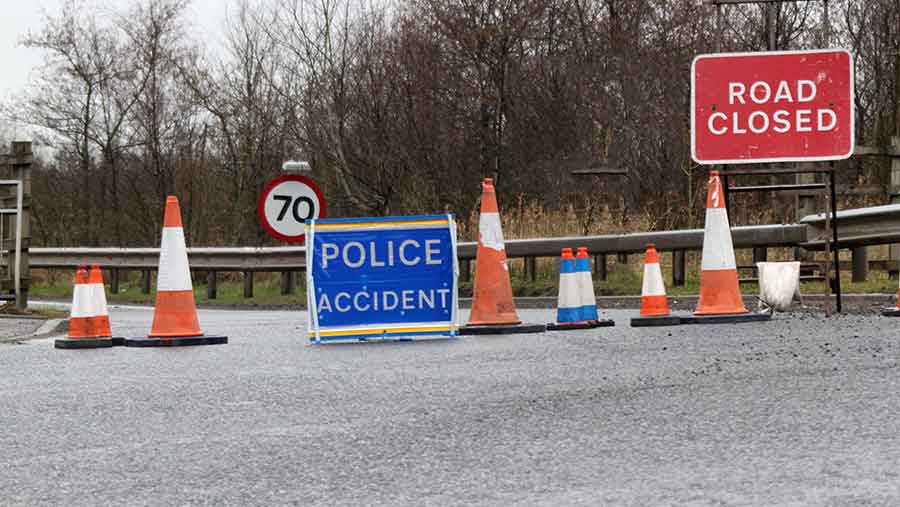 A farmworker was fatally injured by a moving trailer while working on a tractor at the roadside, an inquest has heard.

Mr Smith had been repairing a tractor with another man, Dale Parsons, when a trailer suddenly broke loose from a horsebox and struck both men.

See also: Visit our Know How for advice on how to stay road legal

Mr Parsons was treated for serious injuries in hospital, but he survived the incident, which happened near Laurel Farm in Little Downham, Ely.

Laurel Farm is owned and run by Mr Parsons, a close friend of Mr Smith, according to a report by Cambridgeshire Live.

Mr Smith was the only employee to work at the farm for over 20 years and was described as “very much part of the family”.

The horsebox, an Iveco Ford HGV, was being driven by friend Alan Clarke, whose his wife Lindsey was in the passenger seat. The couple had planned to visit the Lincolnshire Show in Lincoln on that day when they stopped at the roadside and waved at the farmworkers.

In a statement, Mrs Clarke said: “I could see Dale and Alvis stood between the tractor as we drove past, I waved at them and they waved back, everything seemed normal.

“Then I heard Alan say, ‘s**t the trailer’s gone’. I heard a bang and we both ran back. I could hear someone crying out and Dale was calling for someone to ring an ambulance. We were just trying and wanted to help.”

A forensic collision officer investigator said CCTV footage shows the trailer “appeared to bounce and detach from the Ford on the way past the farm”.

“Evidence suggests that the retaining tow bolts were insufficient and a visual inspection of the bolts may not have been enough,” he added.

“The trailer was found to have a number of defects, including the breakaway safety cable, which had been looped in this instance.”

Assistant coroner for Cambridgeshire, Simon Milburn, recorded a narrative verdict, saying: “Mr Smith died as a result of multiple injuries, hypertensive and ischemic heart disease on 19 June at around 3.18pm.

He added: “I accept and adopt the reason and explanation that has been provided by the collision officer investigator.

“Sensibly argued and proved a clear explanation as to what happened on the day in question. And of course his primary conclusion that it was the failure of the tow bar retaining bolts which resulted in the trailer detaching from the vehicle.”