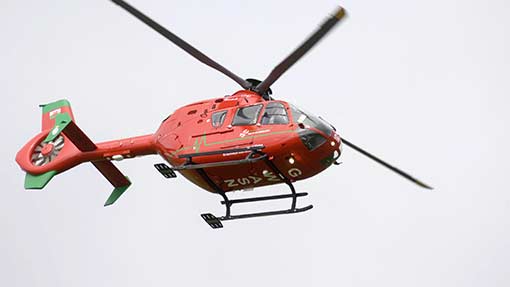 A 60-year-old farmworker has died in hospital after being trampled by a cow.

The Health and Safety Executive is investigating the cause of the incident which claimed the life of experienced stockman John Turner.

Mr Turner was flown by air ambulance to Hull Royal Infirmary following the incident on Easter Monday (21 April). He died in hospital a week later from his injuries.

A coroner has opened and adjourned an inquest into the death.

Mr Turner had been working at Kilmister Farm in Wragby, Lincolnshire, when the incident happened.

Two other workers who came to his aid suffered injuries, but have since recovered.

HR Bourn & Sons, which owns the farm, has released a statement paying tribute to Mr Turner.

“John Turner tragically died in hospital after being attacked by a cow at Kilmister Farm in Wragby on 21 April,” said the company.

“John was an experienced stockman and a much valued employee who will be sorely missed by HR Bourn & Sons and his fellow employees.

“Our thoughts are with his family and friends.

“John’s funeral is to be held at 2pm on Tuesday, 20 May at the church of St Andrew at Donington on Bain.

“It would be inappropriate to make any further comment in relation to the accident circumstances pending the outcome of the inquest before the coroner.”