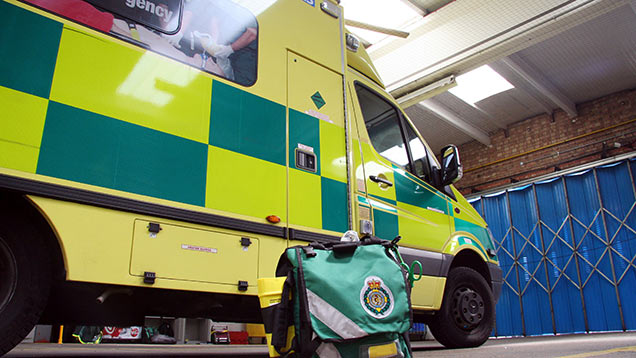 A builder has been fined £10,000 after a man fell through the roof of a lambing shed on the first day of his new job.

Roofer Paul Rawlinson, of Poulton Le Fylde, in Lancashire, plunged 11ft through a fragile asbestos roof during the incident on 5 August 2014.

He was airlifted to hospital and treated for a fractured spine and shoulder, broken ribs, bruising, and a cut to his head that required 10 stitches.

Mr Rawlinson, 29, was in hospital for seven days and has still not recovered sufficiently to return to work. He broke three vertebrae in the fall, lost 3cm in height and has to wear a spinal brace.

Blackpool Magistrates’ Court heard that builder James Brown had hired Mr Rawlinson to demolish and rebuild the lambing shed at Hoskinshire Farm, Out Rawcliffe on behalf of a farmer.

An investigation by the Health and Safety Executive (HSE) found there was no safe working method in place, the court was told.

And Mr Rawlinson had not been given suitable training or equipment to work on the roof.

Mr Brown, of Broadpark Lane, Preston, admitted two health and safety breaches – failing to properly plan for the safety aspects of working at height and failing to take proper measures to prevent someone falling.

Speaking after the case, HSE Inspector Christopher Smith said the dangers of falls through fragile roofs and working at height were “well known”.

“Simple steps such as safety harnesses or platforms preventing the need to access the roof directly can and should be used to prevent accident and injury,” he added.

“Mr Brown’s failure to take any such actions resulted in Mr Rawlinson sustaining serious injuries which are still affecting him and from which he is not expected to fully recover for some considerable time.”