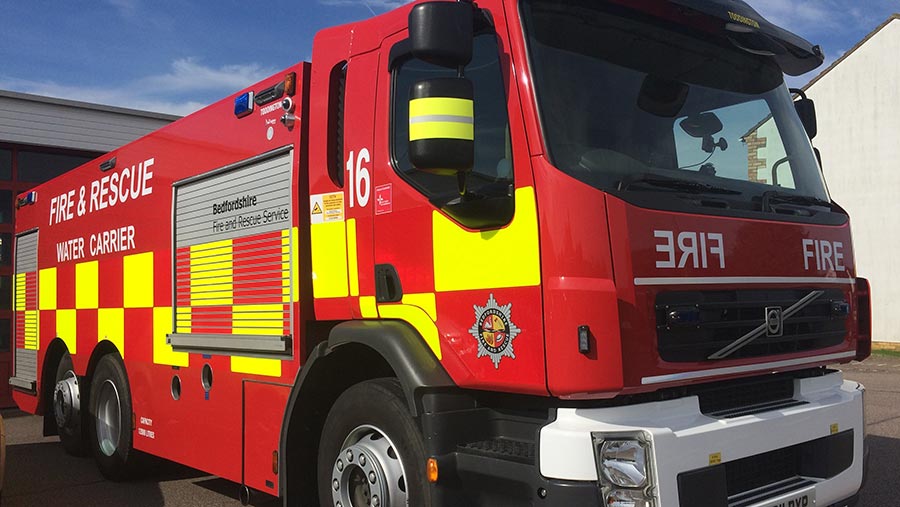 Firefighters used a drone and a specialist rope team to rescue a man who was injured while working in an empty grain silo in Bedfordshire.

The pest control contractor was in one of the silos at Bedfordia Farms, Milton Ernest, when he tripped, injuring his shoulder and back.

He was pulled to safety and taken to Bedford Hospital for treatment and has now been discharged. 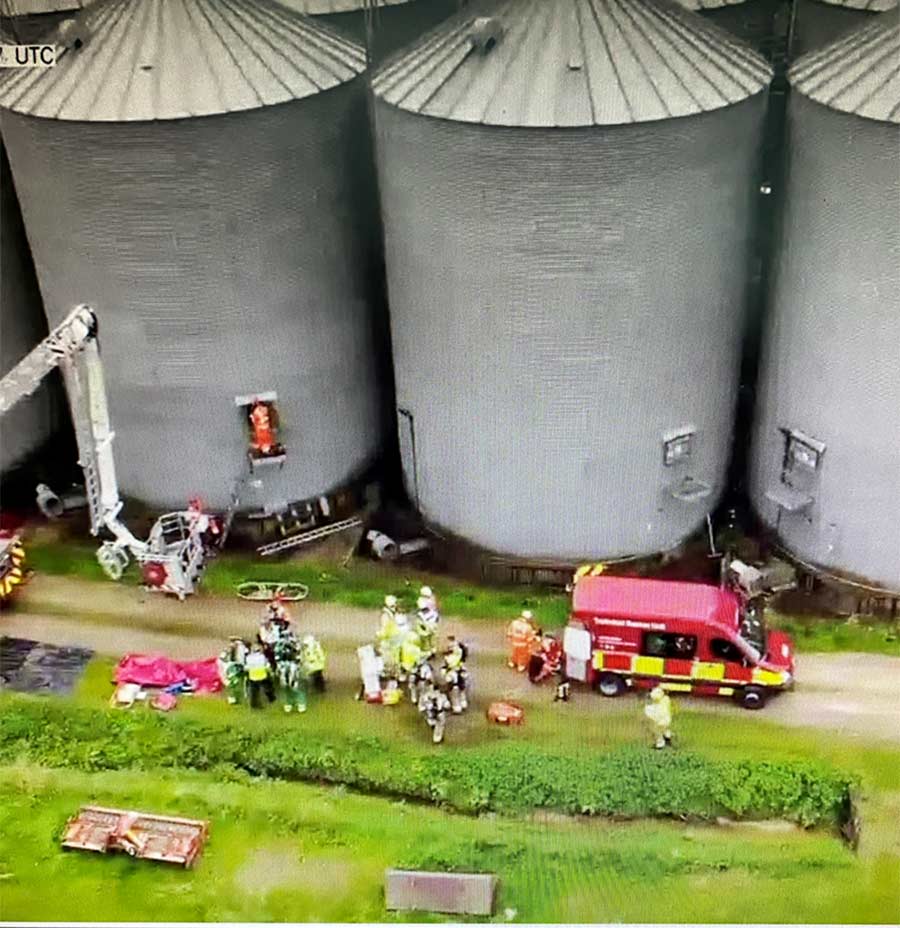 East of England Ambulance Service said it sent its hazardous response team and an ambulance crew to the incident just before midday on Tuesday (31 August).

Bedfordshire Fire and Rescue Service used an aerial platform from its Bedford crew and a specialist rope team from Dunstable to rescue the contractor. Crews from Kempston and Harrold were also on the scene.

Bedfordia Farms praised the swift response of the emergency services and said it would conduct a full investigation into the incident.

It explained that the man was actually working at floor level in the 40ft silo, but it took ambulance, fire and rescue services to extract him.

“We wish the injured person a speedy recovery,” said a statement.

We have now rescued a male casualty from the Silo in Milton Ernest, he is now in care of @EastEnglandAmb. A fantastic rescue operation from our crews from #Kempston,#Dunstable, #Bedford and #Harrold and amazing teamwork in @Beds_FireCtrl #NotJustFires #BrillBlueMightyRed