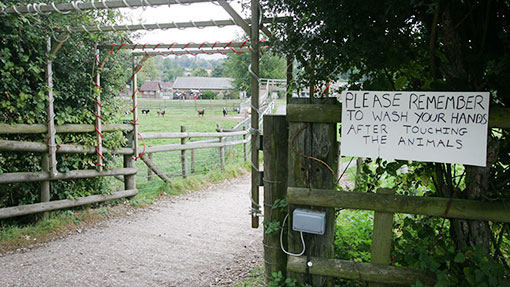 Ten children have won compensation after they were struck down with the potentially deadly strain of the E coli bug.

The youngsters fell ill after they were exposed to the E coli 0157 bacteria during a visit to an animal petting farm in Surrey in 2009.

Following the outbreak, Godstone Farm was closed for four weeks in September 2009 and then a further three months. It reopened in December 2009.

Jill Greenfield, partner at Field Fisher Waterhouse, told London’s High Court on Thursday (1 May) that the children had been through “horror”.

Ms Greenfield said: “How do you explain to a scared, young child why they are having to undergo painful treatments?”

A statement from the parents read: “In the autumn of 2009, very young children and their families endured for many what was the most frightening and darkest period of their lives following the E coli 0157 outbreak at Godstone Farm.

“Of those infected with this strain of E coli, many went on to develop haemolytic uraemic syndrome and suffered acute renal failure as a result.

“The weeks that followed were a living nightmare for all. The children were critically ill, frightened and extremely upset by the medical treatment required.

“Some of the children have been left with significant damage to both kidneys, high blood pressure and a number of other health-related issues.”

The statement continued: “All of this was caused by a summer’s day out to Godstone Farm. As parents, they did not know enough about E coli 0157 at that time to understand the risks.

“Godstone Farm, on the other hand, should have been aware of the risks that E coli 0157 posed to human health – but in our view, and that of the Griffin Inquiry, they failed to implement the necessary safety measures to protect these children.

“During the visit to Godstone Farm, these children washed their hands thoroughly and used antibacterial hand gel. Yet this is a dangerous bacteria, the consequences of which are now all too apparent.

“We now know that handwashing cannot be relied upon as a complete safeguard if E coli 0157 is present.

“The parents would like to thank the amazing medical teams that helped to save their children’s lives and to their wonderful family and friends for their love and support in what are difficult circumstances.”

Godstone Farm said in a statement: “This was a horrible incident which must have been deeply upsetting for the children and their families.

“All of us at Godstone Farm are truly sorry for the pain and suffering they have endured.

“We are grateful for the Griffin Inquiry, which investigated the causes of the incident and recommended changes that needed to be made to the running of open farms.

“This has enabled us to improve our facilities and ensure the farm is a place where families can feel safe and enjoy the animals.”